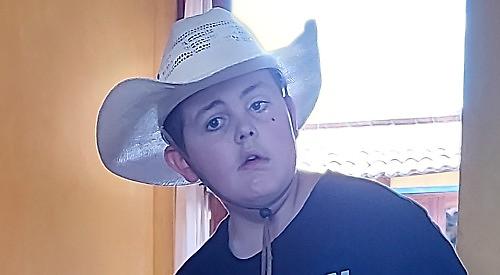 A BOY has completed cutting-edge cancer treatment in Mexico.

Charlie Ilsley, 13, of Buckingham Drive, Emmer Green, is fighting the disease for the third time since he was first diagnosed with a brain tumour in 2015.

He now has tumours on his spine.

He had three weeks of a new form of immunotherapy treatment, known as CAR-T cell treatment, in Mexico City in the hope of saving his life.

Charlie, who currently has no symptoms, was under the supervision of Dr Jason Williams, director of interventional oncology and immunotherapy at the Williams Cancer Institute, which also has branches in America and China.

The treatment has cost £25,000, which has been raised by the public and supporters.

Before leaving the hospital he underwent an MRI scan so that doctors have a “baseline”, although the treatment will take a little while to take full effect.

Charlie and his parents Mark and Toni hoped to fly home soon.

Mrs Ilsley said: “Charlie is having a scan here this week and it’s the last week of treatment.

“Dr Williams is not expecting it to be gone yet as this treatment can take a while to work fully but he wants a baseline scan.”

At the weekend, the family went to Rancho Las Cascadas for the second weekend running as it is about 90 minutes from their hotel. Charlie enjoyed horse riding and relaxed in the swimming pool.

Mrs Ilsley said: “We went back to the ranch and we bought a rose for the owner for letting us stay.

“We called it Charlie's Rosa and planted it together with Jenny, the manager. Charlie loves the ranch and made a new canine friend.”

The family want to raise a further £2,000 for a drug called Vismodegib, a type of targeted chemical called a cancer growth blocker.

Earlier this year, the Ilsleys were told that the chemotherapy and immunotherapy treatment that Charlie underwent had failed. Since then they have been searching for a new trial treatment.

A scan in March showed the disease in his spine and elsewhere. Charlie had been receiving the drugs etoposide and topotecan but these treatments have ceased as they weren’t working.

After his diagnosis in 2015, he underwent a 10-hour operation and had 31 sessions of radiotherapy followed by chemotherapy before being given the all-clear. Then in spring 2018 two tumours were discovered on his spine.