Mosaic reminds me of ‘home’ 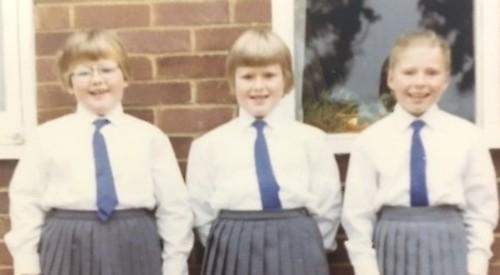 A WOMAN has created a large wall mosaic inspired by her childhood growing up in Shiplake and Henley.

Nicola Baker lived in Mill Lane, Shiplake, for 25 years and has fond memories of spending time by the river and wanted to pay homage to the area.

The 2.2m by 2m mosaic is made from hand-cut tiles and features three river scenes.

It is stuck on a garden wall at her home in Godalming in Surrey, where she has lived for the last 30 years.

Mrs Baker, 61, who still visits the Henley area at least twice a year, said she wanted a project during the coronavirus lockdown as she and her husband Martin were shielding.

It took her four months to complete and includes the words “Time well spent in the year 2020”.

Mrs Baker was nine months old when she moved to Shiplake with her parents, Cyril and Elizabeth, and older sisters Julia and Amanda.

Her father was a child psychiatrist who worked at the Royal Berkshire Hospital in Reading and was head consultant at the former Borocourt Hospital in Kingwood. Her mother was a nurse and occupational therapist. The sisters sold the house in the early Eighties following the deaths of their parents.

Mrs Baker said: “I grew up on Shiplake Lock. I was the youngest of three girls, who all went to Shiplake Primary School, Chiltern Edge School [in Sonning Common] and what was then Henley Grammar School.

“I have such wonderful memories of where I grew up and what beautiful places Henley and Shiplake were — and still are. My sisters and I had our lives and careers and had to sell the house. The lady who bought it still lives there. It’s still as it was, even the carpets and curtains, but everything around it has been knocked down or refurbished.

“My parents’ ashes are in the garden so they are where they belong, where they were happy and we grew up.

“I celebrated my 60th birthday there last year. We stayed at the Baskerville Arms, where my parents used to drink, and had a river trip. We were due to go back in early April but then covid hit.” Mrs Baker has been creating mosaics for 25 years and her home is full of her creations. Some have been featured in books or sold and she taught other people how to make them.

Mrs Baker said: “As time went on, I preferred to just make things for wedding presents or for friends and family or to do things that make me happy.

“My husband is shielding so I thought I would have to shield too. I thought, ‘what can I do?’ and thought of this mosaic.

“We have a flat-roofed garage at the back of the house which is rather boring — but not anymore.” She used a poster that she’d spotted at the Baskerville as the basis for the piece and stuck the tiles to mesh in four separate panels.

“It’s my interpretation,” she said. “I definitely wanted to have a bit of Shiplake so the riverside houses remind me of the flint stonework at Shiplake College and the church.”

She also included some bees, a nod to the Brakspear beer that she enjoyed when growing up.

She used 10mm by 20mm tiles that she had left over in the garage and bought some tile adhesive and grout just before lockdown.

“It was painstaking work but fun,” said Mrs Baker. “I used a tile cutter to do the straight bits. I can cut all sorts of intricate shapes without too much difficulty.

“I’ve actually got quite bad fingers from doing mosaics but it’s a price I’m prepared to pay.

“It’s hard to explain but I can see where something can go and won’t go. I woke up one morning thinking ‘I want swans’ because I remember swans on the Thames.”

She cut each panel into six sections ready to be mounted and avoided using straight lines so you can’t tell how they were fitted together.

She took seven-and-a-half hours to fit the 24 sections together and another eight to do the grouting.

Mrs Baker said: “I found the whole process nurturing during a time when morale could have got quite low due to not being able to see anyone.

“It gave me a purpose. It definitely kept me focused and gave me energy during a time which was terribly sad and terribly difficult for a lot of people.”

Mrs Baker, who trained as a nurse in London, now works in minor surgery at the Nuffield Heath Guildford Hospital.

As a teenager, she worked in a shop in Duke Street, Henley, earning £1.50 an hour.

She said: “My first boyfriend played rugby for Henley and I gave blood at the town hall at the age of 16. The memories, they stay with you.

“My parents-in-law live in Caversham and when we go to see them we always go via Henley and Marlow. My husband’s a biker and I go on the back.

“For me, Shiplake has changed dramatically because of the number of houses. Henley hasn’t changed much at all, except the market area is pedestrianised now.”

Mrs Baker, who has four children, said she was proud of her artwork.

“I’m really glad I did it,” she said. “It was an enormous challenge that I actually looked forward to. I have made that connection, which was really important.”