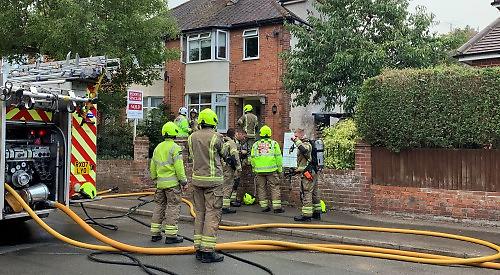 A GARDEN shed was destroyed in a fire in Henley.

Three fire crews were called to Harpsden Road amid fears the blaze could spread to neighbouring houses.

David Grayson, from Caversham Road fire station in Reading, said: “When we arrived, the shed was well alight and there were flames up the side of the house and smoke was making its way into the house through an open window.

“We were able to knock it down quite quickly. Our main concern was for the potential for it to spread to the house.”

Window frames and gutters on the house melted on to the patio.

The fire, which happened at about 5pm on Thursday last week, is thought to have started accidentally.