I love cooking, says rower as she recovers from fall 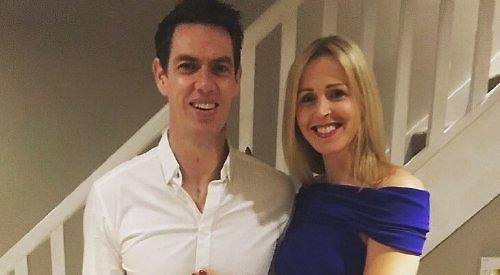 ROWER Vicky Thornley is back on the water after suffering  a broken elbow.

The Olympic silver medallist, who lives in Bix with her husband Ric Egington, discussed her recovery from the injury as part of a live cooking show which was broadcast online.

Thornley, 32, who is training in the single scull for the postponed Olympic Games in Tokyo, was demonstrating her recipe for lentil and cauliflower curry as part of the Celebrity Cookalong fundraising initiative.

Participants stream themselves cooking a recipe in their kitchen and encourage viewers to donate to a charity of their choice. Thornley chose Kids Out, which supports disadvantaged youngsters.

She was cooking alongside four members of Wallingford Rowing Club who won a prize draw to appear with her.

Rob Hines, one of the four, asked how her elbow was after she came off her bike in May and had to have specialist surgery at the Wrightington Hospital, near Wigan.

Thornley said she had just been discharged for her surgeon’s care following a final check-up and had her first session back on the water earlier in the week.

She is also back on the ergometer and lifting weights as her arm has healed enough to take the strain. She had been previously training on a Wattbike, a type of exercise bike.

Thornley, a member and former captain of Leander Club in Henley, said: “It has been 12 weeks now and it’s pretty good, actually.

“It’s fixed together by plates and screws and stuff so I couldn’t work my tricep as it would have been pulling on the fracture site. I had to really be conscious of not lifting anything above head height.

“My tricep basically went to sleep for several months and now I’ve got to build it back up along with the rest of my upper body, which I also couldn’t train. That meant lots of Wattbiking, which is fine as you can trust that it’ll keep you fit enough.

“You have to put a bit more time in but as long as I’m training I’m happy because I’m moving towards a goal and not just stuck or not improving.

“I was doing three or four hours and there’s a mental benefit in learning to cope with really, really boring sessions. I listen to fitness podcasts, to the radio or even watch Netflix on my phone.

“I’ve got into the Dynasty remake, which is properly cheesy with loads of amazing outfits so it’s perfect viewing. I went through three seasons because it’s so easy and you don’t have to concentrate much.”

Thornley said she had to be patient with herself after getting back into a boat.

She said: “I broke my elbow just as they were lifting the ban on training [as part of the covid-19 lockdown]. I hadn’t been out sculling for five months and that’s by far the longest I’ve ever gone.

“You’re expecting to feel rubbish so you tell yourself, ‘It’ll be okay — just enjoy it and focus on getting your legs back’. By the second day I was thinking. ‘Right, I should be fine now’ but of course it isn’t like that. I was getting annoyed with myself that I couldn’t balance as well but it’s like riding a bike. Once you get a couple of sessions behind you, it all starts to feel more normal again.”

Thornley said she wasn’t bothered by the postponement of the Olympics to next summer as it would give her more time to improve her speed and forget her struggles with over-training in 2018, which forced her to take time off.

“We were obviously thinking it was going to come and there was a lot of uncertainty when it was first being discussed,” she said.

“Athletes don’t like that as they want to know what they’re building towards, so once we knew where we stood, it was much easier to get your head around. It’s like ‘Okay, the goals have changed but let’s move on.’ It’s challenging but you have to recalibrate. There’s definitely frustration and people’s reactions depend on their particular circumstances. I believe you can turn anything into a positive and exploit it to your benefit, so for me it was another year to get quicker.

“However, it’s different for people who are starting their careers. Some people who’ve been selected for their first Olympics are going to find it tough but the most important thing is that it happens next year, whatever form it may take.”

Thornley said she had become more passionate about food in recent years and was learning to take a more relaxed approach to nutrition and training when on holiday.

She said: “When I was younger I didn’t really know about cooking, but I lived with someone who was really good, which increased my interest and now I come up with my own recipes. Maybe it’s a ‘Getting older’ thing but I love it now.

“Like a lot of athletes, I find my perception of meal size is quite warped — some people might look at my portion and think it could serve six.

“I generally relax when I’m on holiday and eat things that aren’t seen as ‘athlete foods’ — ice creams, beer, wine and so on — but generally I like eating healthily. I’d never choose to spend two weeks eating fast food because you’d feel rubbish.

“I used to find it hard to switch off and felt pressure to always train but when I went away this year, apart from general activity, I allowed myself to totally rest. I knew my body needed it and it felt really good.

“I used to think I was bulletproof until I got over-trained and realised there’s a limit to how far you can push yourself. I’ve learned my lesson, hopefully.”

As she finished making her curry, she said: “I hope this tastes all right — I haven’t made it for a while. I used to struggle to eat sweet chilli sauce but I’ve got better over the years and now I really like it.”

Her guests said they enjoyed the recipe, with several saying it was the first time they had cooked a curry.

Thornley told the Henley Standard: “It was lovely to take part alongside some fellow rowers and I was very grateful for their support. They seemed to like the dish, which was the main thing, so it was a great experience for a good cause.

“Kids Out is an amazing charity and it’s always the small charities that struggle the most at a time like this. I’m glad to have had this opportunity to help them.”