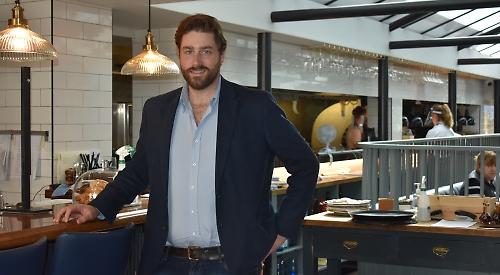 PUBS and restaurants received a huge boost thanks to the Eat Out to Help Out initiative.

They say trade soared as a result of the Government scheme designed to support hospitality businesses during the coronavirus pandemic.

Customers received 50 per cent off their food bill, up to a maximum of £10 per diner, from Monday to Wednesday during August and this was subsidised by the Government.

The scheme, dubbed “Dinner’s on Rishi” after Chancellor Rishi Sunak, was such a success that some businesses are running their own versions during September and funding it themselves.

The Shellfish Cow restaurant in Reading Road, Henley, is offering 50 per cent off drinks, up to the value of £10 per person, from Tuesday to Thursday throughout this month.

General manager Jason Haskins said: “The Eat Out to Help Out scheme was a great success and was a good way to get people back into a restaurant after the lockdown.

“People were understandably nervous about going out again.

“The scheme was fantastic for us. We did a roaring trade and were so happy to have such a major following from regular customers as well as some new faces.

“In some cases it doubled or even trebled our takings and footfall. It was just like having lots of Saturdays in a row.

“We think this will be a good way to move forward. I don’t think we could financially support giving the same monetary value off the bill, so we are just doing the drinks.”

Some tables have been removed from the restaurant to help with social distancing and bookings are staggered to avoid gatherings at the main entrance. All staff wear face masks and tables are disinfected between sittings.

Mr Haskins added: “We had lots of phone calls from people asking if it was safe. The face masks aren’t part of the government protocols but we thought it would give people peace of mind and show them that we are taking it seriously.”

Shaun Dickens, who owns the Bistro at the Boathouse in Station Road, Henley, said: “It was an absolute masterstroke by the Government. Rishi Sunak pulled off an absolute blinder.

“We were fully booked every day in August. We had never been open on a Monday but this forced us to be open seven days a week and we have been chock-a-block.

“It made me laugh because it was just £10 per diner but it was such a success. It gave everyone the confidence to go back out.”

The bistro now has 10 tables instead of 17 and uses disposable menus.

Mr Dickens said he didn’t want to risk running his own version of the scheme, adding: “You have to be careful when it comes to discounting as if you do it too often people might forget what the real cost of dining out is.”

Alex Sergeant, a director at the Hart Street Tavern in Henley, said the discount scheme had “jump-started” the industry, although his restaurant does not open on Mondays and Tuesdays.

He said: “A lot of businesses can’t justify opening seven days a week. It was not worth us struggling to try to stay open and recruit extra staff and then not being able to execute everything as we would like to.

“A lot of people were interested [in the scheme] and we did many more covers than we would normally. The last two Wednesdays were busier than a Saturday.

“Every little bit helps at the moment but because people decided to dine with us on a Wednesday that meant Thursday to Sunday was quieter. We went from 200 covers on Wednesday to 80 on Thursday.

“August has a lot of seasonal trade anyway so we didn’t need much help. It would be nice to have a similar offer to tempt people out when the children go back to school and they are working from home.”

Mr Sergeant said the business might run its own scheme but only if it was financially viable.

He explained: “It is difficult to know at the moment if we would be able to justify it. Unless you double your covers, you will lose money and we don’t want that to happen.”

Simon Cromack, who runs the Baskerville pub in Shiplake, said: “I think the scheme worked really well. We were extremely busy and on certain days we took nearly three times our normal revenue.

“It also tested us operationally because, along with the covid processes we have in place, serving a high volume of customers was a challenge.

“We had to make sure our covid standards were just as high as the quality of the food. We had lots of good feedback and we also saw lots of new faces.”

Nigel Rainbow, who runs the Three Horsehoes pub in Reading Road, Henley, called the scheme “absolutely brilliant”. “Instead of employing two staff, we had to up it to five because of how busy we’ve been,” he said. “It was just fantastic for turnover.

“The one worry we had was that it would be mad from Monday to Wednesday and then die off but itdidn’t. We had so many people coming in later in the week.

“We would like to carry it on off our own back but we won’t be doing it straight away. We might look at doing it again in the winter months.”

Lorraine Hillier, owner of the Hot Gossip coffee house in Reading Road, Henley, said: “It was fantastic for us. People rarely spend £10 with us anyway, so it was a huge success.

“We have been so busy and the other day was probably as busy as I have seen it in Henley outside of the regatta time. The whole town was heaving. It was an excellent scheme and HMRC have been very quick at paying the money.”

Ms Hillier, who is also a town councillor, said she would consider offering a discount but added: “It is a big undertaking to carry on without the Government subsidising it. I know there are restaurants that are thinking about it but they have alcohol where they can make back money.”

Henley town and community manager Helen Barnett said: “The impact across the country on hospitality has been tremendous. You couldn’t get a table at lots of places because of how busy they were.

“It is a shame the scheme can’t continue but we understand the Government can’t subsidise it forever.

“ It is fantastic that businesses are looking at starting their own initiatives to bring in more footfall. which will benefit the whole town.”

• Nationally, 64 million meals were claimed under Eat Out to Help Out and one in 10 people took advadvantage of the scheme.