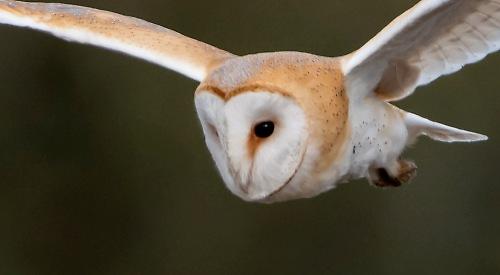 AN amateur wildlife photographer has been documenting flora and fauna during the coronavirus lockdown.

Simon Booker took up photography after being given a Nikon DSLR camera for Christmas in 2018.

He works in IT sales and usually splits his time between Britain and France but since the lockdown began in March he has been working entirely from home.

This has meant he has plenty of time to perfect his skill.

Mr Booker, 57, who lives in South Stoke with his wife Amanda and their three grown-up children, now has time to walk the family’s dogs every morning and always takes his camera with him.

He puts the images on his website and social media channels and they have attracted thousands of views and requests for prints.

Mr Booker typically shoots in the countryside around South Stoke, Goring and Woodcote and sometimes makes weekend trips to places like Withymead nature reserve, near Goring.

He has upgraded to a more expensive camera and bought a camouflage jacket, balaclava and pop-up “hide” so he can take pictures of wildlife without being seen. This has allowed him to get extreme close-ups of the animals, including a deer that he was able to get within 4m of.

Mr Booker said: “The balaclava seems to throw them off.

“I was firing off a shot, then taking two steps and shooting again. I couldn’t believe how close I was getting.”

His other recent successes include shots of a kingfisher in flight, which was taken at a lake at a private property near Goring, a harvest mouse perched on the tip of a bramble and a barn owl soaring over fields.

He has also captured foxes, rabbits and red kites.

Mr Booker puts his best work into a monthly video slideshow which he shares with friends, family and business contacts.

He said: “It has been nice having more time to pursue my passions and has really made me appreciate nature even more. I’ve been lucky not to be furloughed so I can still work at the same time. My wife says it’s becoming more of an obsession than a hobby.

“I used to joke that one day I’d be like something out of the SAS, lying down all covered in camouflage, and now sometimes I’ll be up at 5am and waiting for hours to try to spot a particular bird.

“I give conferences on learning new skills and the only way to improve is to put in the proverbial 10,000 hours.

“If you know your equipment and settings inside out, you can take advantage of that very short window to get the shot.

“When I was starting out, I saw someone else’s photo of a kingfisher and thought, ‘I’m going to get one just like that’ but now I’ve got one that I think is better.

Mr Booker has attended workshops given by professional photographers Charlotte Snowden and Scarlet Page, from Henley, but doesn’t plan to follow in their footsteps.

He said: “I’m very comfortable in my current job, although if I continue to improve, it may well see me through my twilight years.

“It’s one thing to hide in the bushes for fun but anything else might have to wait until I don’t have a mortgage.”

Last Christmas Mr Booker captured a rare snap of a white-breasted robin in a garden in Goring. The creature had leucism, which is a form of partial albinism that only occurs in about one in 30,000 specimens.

He sold the photograph to the Daily Mail for £120, which he donated to Withymead to buy new bird feeders.