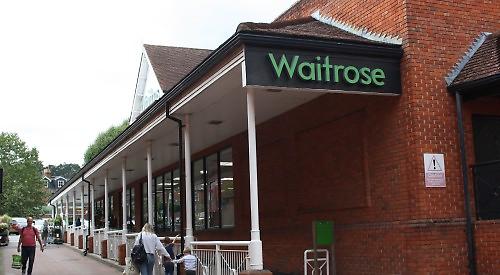 A FORMER Henley mayor has criticised the town’s branch of Waitrose for failing to ensure customers wear masks.

Martin Akehurst complained to the supermarket’s head office after he spotted five shoppers not covering their faces during a recent visit to the store, off Bell Street.

He said the customers weren’t being challenged for failing to observe social distancing measures to protect the public from coronavirus.

The 71-year-old, who lives in Two Tree Hill, Henley, with his wife Glynnis, asked a security guard who was standing at the door to step in and enforce the rules.

However, the guard replied that it was a police matter and he had no power over anyone who didn’t want to comply.

Mr Akehurst, who was mayor in 2014/2015 and quit the town council on health grounds in 2017, made a formal complaint to Waitrose but was unhappy with the response.

The company said it was asking all customers to cover their faces in store but it couldn’t make them do so because they might have hidden disabilities such as autism, which makes some sufferers anxious in certain circumstances. Mr Akehurst said: “The people I saw not wearing masks looked happy and healthy and they were often the same ones who weren’t following social distancing.

“One of them was standing about six inches behind me and grumbled when I turned around and asked if they’d mind giving me space.

“It was the first time I’d seen that as previously a lot of shops in Henley, including Waitrose, had a person on the door enforcing ‘one in, one out’ and asking people to put masks on.

“I understand that they can’t force people but they could politely ask customers to put their masks on or ask if they’ve forgotten.

“It wouldn’t be embarrassing as you see a lot of people stepping inside without their mask, then suddenly realising and quickly putting it on. Some people might get difficult and then you might have to call the police but I think most would be pretty reasonable.

“At mine and Glynnis’ ages, covid-19 could be a death sentence. It’s all right for a lot of younger people but they don’t know who they might pass it on to.”

He was told by Waitrose: “In regards to other customers not wearing masks, we understand that not all disabilities are visible. As a result, we cannot force them because there may be reasons why they are unable to do so.

“We have worked hard over the past few months creating a safe environment for our customers and our partners.”

When he returned a few days later, the security guards were wearing masks and monitoring social distancing. Staff told him other shoppers had also complained about customers not wearing masks.

Mr Akehurst said: “Hopefully that will be the end of the problem. It’s an important issue because Henley has an older population and we can’t afford to let this thing spread as there could easily be fatalities.” A Waitrose spokeswoman said: “The safety of our customers and partners is of paramount importance to us.

“Government guidance states that it is not for shops to enforce the wearing of face coverings although our marshals at the entrances to our shops are reminding our customers of this requirement. Any customers who are exempt just need to tell them.

“We're very sorry this wasn't the case during Mr Akehurst's visit and that the response from our customer service team was not addressed as clearly as it should have been.

“Our Henley shop is investigating urgently and will take any action necessary.”

Wearing masks in shops has been mandatory since July for anyone without a medical exemption but the law says the police, not staff, are responsible for enforcing this.

However, police representatives have urged retailers to eject customers who don’t comply and only call for help as a last resort as their resources are limited.

A number of other chains, including Tesco and Sainsbury’s, which have branches in Henley, have said they will not report breaches.