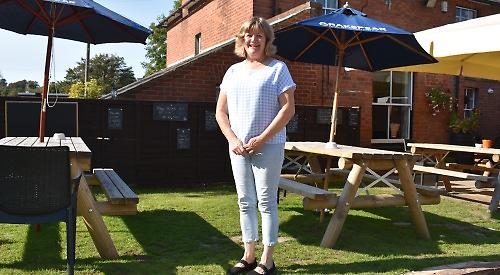 PUB landlords in the Henley area say they are worried about the effect of the new “rule of six” on their Christmas trade.

From Monday, it became illegal for groups of seven or more people to meet as the Government responded to a rise coronavirus cases and deaths across the country.

Publicans say they will continue to operate but are concerned about the impact the tighter rules could have on their bookings for Christmas lunches and parties.

David Thompson, landlord of the Little Angel in Remenham Lane, Henley, said: “It is difficult to say what will happen because we don’t know how long it will go on for but I think we can work around it.

“They have made it so that six people from different households can meet and that does make it easier for us to have smaller bookings. We only tend to get bookings of two or four anyway.

“It will obviously be harder for us to do large bookings for Christmas parties. We haven’t had many requests yet and if we don’t get anymore, we will probably close on Christmas Day and just concentrate on booking in tables of up to six people during December. There is more of a trend towards long lunches and dinners anyway rather than having a group of people sitting around a table — the trade for that has gone.”

Owen Hardy, who took over as landlord of the Horns pub in Crazies Hill today (Friday), said: “From a business perspective, pubs will carry on taking money with tables of six people.

“It could be more of an issue around Christmas and I imagine there will be a lot more people staying at home, particularly if they have a larger family.

“We will still try to keep it the same as it has always been. If they want a table of eight, they can have a table of six and then two of them will have to sit 2m away.” Mr Hardy, who used to manage the Green Man in Hurst, added: “You have to be firm with people. I had a group of about 30 young lads come into the Green Man and it was really difficult to police because they weren’t giving their details for the track and trace system.”

Joe Ball, general manager of the Bull on Bell Street in Henley, was already anticipating a downturn in December trade compared to an average year.

He said: “The new rule could be an issue at Christmas. We have not been taking any bookings above six people anyway, so we were already ahead in that sense and we take the lead booker’s details.

“We do tend to get big corporate bookings for Christmas that we won’t be able to do this year. Even if the Government had not changed the rules, Christmas would have been hugely affected. I would be keen to see another version of the Eat Out to Help Out scheme for the winter months.”

Kate Makin, who runs the Rising Sun in Witheridge Hill, had been operating a six-people rule at the pub since re-opening after the lockdown.

“I don’t think it will affect us too much,” she said. “But we won’t be able to have the usual work parties and this rule will kill off pubs over the Christmas period. It is quieter in October and November and Christmas helps to sustain you over the first few months of the new year.”

Colin Roberson, who has run the Saracen’s Head pub in Greys Road, Henley, with his wife Melanie for 23 years, said: “It is a horrible situation and I’m more worried the winter months than the rule of six.

“We only have one table inside that can have six people on it, so it is going to be difficult when it gets cold and dark. I can’t force people to sit out in the cold and rain but I can’t even fit 20 people inside.

“Young people don’t always follow social distancing. We have reminded people about the rules and some people try to say they are from the same house when you know they aren’t so we will have to be firm with them.”