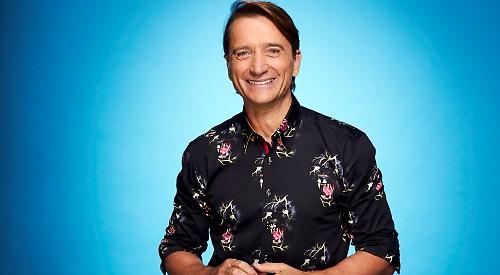 GRAHAM BELL is to appear as a contestant on Dancing on Ice.

The Henley television presenter and former Olympic skier is about to start nine weeks of training for the ITV show’s 13th series, which will be broadcast in January.

This will be his first time as a competitor on a reality show, although he was performance director on Channel 4’s The Jump.

Bell, 54, who lives in New Street with his wife Sarah and grown-up children Louis and Lottie, attended an audition at Slough Ice Arena in July and was told last month that he had been successful.

He said: “Dancing on Ice is a huge show with six million viewers, so I’m really stoked to be involved.”

Bell says he “messed about” on ice skates as a child but has never tried figure skating or any kind of serious dancing.

“I was attracted because it takes a very high skill level,” he said. “You’re asking people to do a very difficult winter sport and, as my family know, I’m always taking on ridiculous and sometimes dangerous challenges.

“I’ve never been on the ‘other side’ of the fence with these big celebrity shows as I’m usually a crew member rather than part of the main cast. Dancing scares the living daylights out of me because, for me, it’s usually on a table at the après-ski with my boots on. My style isn’t pretty or graceful in any way, shape or form.

“I’ve also got to put on a performance, something that entertains the audience. They have different themed weeks like ‘film week’ or ‘musicals week’ which is pretty alien to me.

“I’ve delivered pieces to camera in dangerous situations but not necessarily put on a show, which I wouldn’t say is part of my repertoire.”

Bell will train at Slough, where he will be filmed for behind-the-scenes footage before the first round is shot at a purpose-built studio in Hertfordshire. He will be paired with a professional dancer, whom he is yet to meet. His celebrity opponents will include singers Myleene Klass, Sonny Jay and Jason Donovan, actors Joe-Warren Plant, Denise van Outen and Faye Brookes and former Olympic hurdler Colin Jackson.

Bell, who was due to have commentated at this year’s Olympic Games in Tokyo before they were called off because of the coronavirus pandemic, said “It’s going to be a hell of a lot of hard work but it will be fun.

“I told my family straight away and they were very excited. I’ve been going ice skating with Louis to see how it feels and as I pick things up in training I can impart my new knowledge to the rest of the family.”

He is now training at Athlete Service, off Greys Road in Henley, whose owner Laurence Plant is putting him through a series of stretching exercises and overhead lifts to improve his strength and flexibility.

Bell said: “January seems like a long time away but it’s really not when you’re learning a new sport. That time will absolutely race by and I have to make the most of it. I’m really looking forward to being coached instead of doing the coaching. It will be wonderful to learn something new again and will be both a physical and mental challenge.”