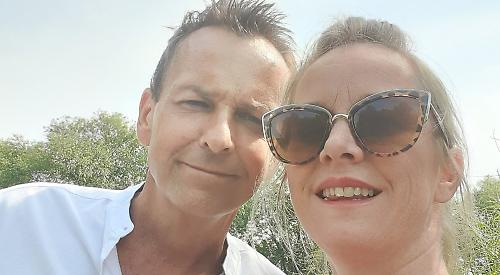 DONATIONS are needed urgently to help fund more treatment for a father-of-two whose cancer has returned.

Nick Dipper, 52, from Highmoor, learned in the summer that he had a new tumour, having been given the all-clear a year ago following treatment which cost more than £140,000.

His wife Lisa, 39, has launched a new appeal to raise £75,000 for more treatment that could save his life, but just £8,500 has been raised since the appeal was launched on September 23.

Mrs Dipper raised £4,000 of this herself from raffles and is pleading with the public to help. An anonymous benefactor has agreed to match-fund the total donations.

Her husband needs further immunotherapy treatment and the development of a new vaccine to target the disease.

The couple have four-year-old twin boys, Ely and Ezra.

Mrs Dipper said a story in the Henley Standard last week highlighting the appeal had been shared online and received plenty of “likes” on the Team Dipper Facebook fundraising page but there had been a minimal response in the form of donations.

She said: “I appreciate that it’s hard but we have to keep going for all of us. We haven’t got time to wait for covid to disappear to fundraise.

“It’s just frustrating that we don’t know what avenue to go down next. As much as the love and support is there with the nice messages and comments on Facebook, it’s just hard because nothing’s coming of it.

“It’s the boys’ fifth birthday in two weeks’ time. It’s remarkable the change in them over a really short period of time. They have gone from babies to little boys.

“You’re trying to make memories alongside trying to fundraise and get him better.”

Mrs Dipper said her husband had been feeling unwell because of the side effects of two rounds of immunotherapy treatment last week, one in Stuttgart and another at the Royal Berkshire Hospital in Reading.

Mr Dipper, a project manager, was diagnosed with nasopharyngeal carcinoma, where malignant cells form in the tissues of the upper part of the pharynx, in the summer of 2018. He then learned it had spread to his bones, lung and liver and was given a year to live.

Mrs Dipper looked into alternative treatments and was recommended immunotherapy by an oncologist friend. However, the couple then discovered that the NHS was only licensed to offer it up as far as the mouth and that they would have to go privately.

Mr Dipper had recovered well until a scan at the Churchill Hospital in Oxford in July revealed a tumour in his left armpit.

A biopsy showed that the nodule was cancerous and contained the nasopharangeal cells from his original tumour.

Mr Dipper underwent 11 hours of surgery for a full lymph node dissection of 13 nodes in August. Only one was cancerous.

The couple are paying to have the tumour tested privately and are still waiting for the results, which will help in the development of the new vaccine to target his cancer.

To make a donation, visit www.gofundme.com/f/team-dipper-needs-you