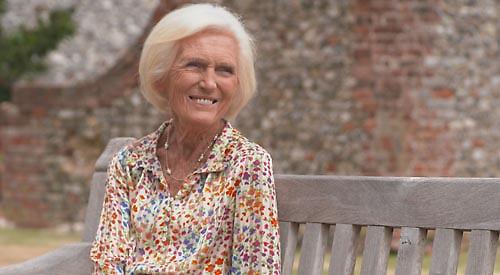 MARY Berry is to become a dame in the Queen’s birthday honours.

The Henley resident and former judge on the Great British Bake Off will receive the accolade for services to broadcasting, culinary arts and charity.

The 85-year-old received a CBE in the birthday honours eight years ago for services to culinary arts and she has lived locally for the last two years with her husband Paul Hunnings.

She said: "I am absolutely overwhelmed to receive this very great honour.  For most of my life I have been lucky enough to follow my passion to teach cookery through books and the media.

"I just wish my parents and brothers were here to share my joy, as my only achievement at school was just one O Level, in cookery of course! However, I am sure they are looking down and smiling. I will celebrate with my husband and family very soon."

Berry, originally from Bath, has published more than 70 cookery books, with the first being released in 1970. In 2009, she was awarded the Guild of Food Writers Lifetime Achievement Award.

She was a judge on the popular baking show alongside Paul Hollywood for six years until it moved from the BBC to Channel 4 in 2016.

Since then, she has hosted many of her own cookery shows on the BBC, including Mary Berry’s Simple Comforts and Mary Berry’s Absolute Favourties. She has also been a judge on Britain’s Best Home Cook.

In 2016, Berry became president of the National Garden Scheme. The organisation opens up private gardens on selected dates to raise money for a number of good causes, including Macmillan Cancer Support, Marie Curie and Hospice UK. 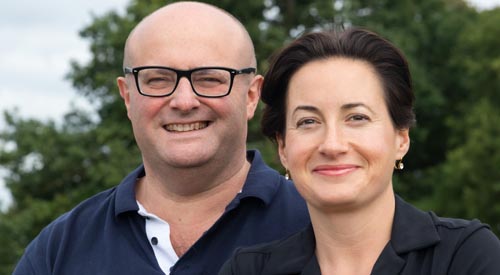 Meanwhile, Fran and Will Perrin, from Watlington, are to receive OBEs in the birthday honours.

The husband and wife will be honoured for services to charity and technology and internet safety respectively.

Mrs Perrin, 42, is the daughter of Lord David Sainsbury, whose great-grandfather founded the supermarket chain in 1869.

She is a philanthropist and the founder of the Indigo Trust, which is part of the Sainsbury Family Charitable Trusts and is a grant-making foundation.

She said: “I was shocked and still am to be honest. I think we both reacted with stunned surprise and huge excitement to share it with each other.

“I feel very very lucky, not just to have this honour, but that I was able to do the work in the first place. Being a grant maker is one of the most wonderful privileges and it is incredibly rewarding work.

“Particularly through this difficult year, being able to help frontline charities who are really doing heroic work is an honour.”

She is also the founder and director of 360Giving, a charity which aims to empower other organisations to donate by providing standardised data.

Mr Perrin, 49, is a trustee of the Indigo Trust and 360Giving. Aside from this, he has also been working with the Good Things Foundation to improve access and understanding of the internet.

He is also a trustee of the Carnegie UK Trust, a charity which aims to improve wellbeing.

He said: “I was astonished and delighted. I’ve been working for many years to make sure the benefits of these new technologies are available to as many people as possible in the UK, regardless of their educational or financial status.

“We benefit as a society the more people have access to the internet and by giving them the right skills. I’ve been working really hard over the last 10 years with the Good Things Foundation, which has a national network of centres to help people who can’t use the internet.

“I’ve done an awful lot of work in the last few years with Carnegie UK Trust on a policy approach to reduce the harm that is sometimes caused by use of social media, whether it is abuse, trolling or fraud.”

Mr Perrin is a trustee of the Philanthropy Workshop, a network of global leaders working to resolve social issues.

He added: “We’ve devoted ourselves over the last 10 years – and in Fran’s case much more – to a type of public service and to make Britain a fairer and better society. It is that work that drives us.

“The honour is a wonderful thing, but it is the satisfaction of delivering all of this work that really motivates us.

“It is nice to be able to work on the Indigo Trust together. Fran set it up and I became a trustee just before we got married 10 years ago. It is a major part of our life.”

Mrs Perrin said: “I feel very lucky to be able to do the work and it makes it possible for me to work with so many extraordinary people. This honour does give us the chance to talk about all of the people we work with and to encourage people who are in a position to give financially to do the same.

“We feel extremely lucky to be able to share our passion for public service through the Indigo Trust and it is an absolute joy to be able to work on it together as a couple.”