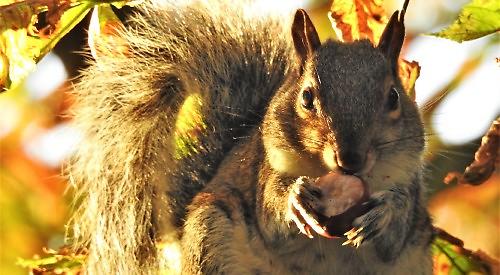 A WOMAN who lost four stones by walking up to five miles a day now hopes to complete the distance from Land’s End to John O’Groats in a year for charity.

Karen Wiles embarked on the challenge on Sepember 28 and has already logged more than 60 out of 847 miles, raising almost £400 for the Thames Valley Air Ambulance.

The 59-year-old, who lives on a Dutch barge currently moored on the River Thames at Shiplake, records her daily mileage using an app while walking different sections of the towpath.

She is one of more than 2,800 people taking part in the walk, which is organised by virtual fitness company End To End Run.

Mrs Wiles must complete an average of two-and-a-half miles a day to finish by the end of next September and says she should be able to accomplish this.

The retired IT worker, who has lived on the river since 2005 with her husband Bret, a retired antiques dealer, took up walking seriously when the coronavirus lockdown was imposed in March.

At the time she was morbidly obese and struggling to control her type 2 diabetes so had just joined a Slimming World group which encouraged her to become active as well as changing her diet.

She started walking for just 10 minutes daily and soon found this easy so she gradually increased her distance until she was completing as many as 10,000 steps.

Now she is about halfway towards a healthy weight for her height and is confident of hitting her goal because she has found an exercise she enjoys.

Mrs Wiles, who moors at Goring and Henley at other times of the year, committed to her challenge about a month ago, when a friend pointed out she had become fit enough to undertake it.

She said: “The distance I’ve done so far might not seem far for a lot of people but it’s an incredible achievement for me considering where I was a year ago.

“I want to do a bit more than two-and-a-half miles on most sessions as that gives me some miles ‘in the bank’ for when I fancy a day off. There are some beautiful walks around here and I’ve been into wildlife photography for years so I’ll be getting shots of pheasants, deer and bunnies while I’m enjoying my stroll.

“It’s usually lovely to be out. although there was so much rain the other day that I may as well have been swimming — I think it was a testament to my dedication that I carried on.

“The weather’s going to get colder and wetter but I’ve got a good coat and boots so I’m well set up and feeling good about it. My husband gives me lots of support and encouragement to keep going.

“Friends have offered to walk with me on some days but I’m actually very happy on my own as it’s a chance to think, clear your head and get some fresh air.

“It’ll take as long as it takes and I’m not going to put masses of pressure on myself to do it in a year. I’m like a tortoise and I will get there in the end.”

Mrs Wiles posts weekly updates to the Facebook groups for villages along her route and shares some of her best wildlife snaps.

She has received praise and encouragement as well as donations from strangers. She says anyone looking to get healthy should try walking as it can be done anywhere without special equipment.

“I started with baby steps and I built up from there, doing as much as and when I wanted,” said Mrs Wiles. “You really don’t need much apart from a decent pair of boots.

“Now five miles doesn’t kill me, which I never thought would be possible when I started — you might as well have asked me to climb Mount Everest but now I do it for fun. I’m very proud of how far I’ve come and plan to keep going.

“A friend of mine now wants to get into walking but says it all sounds too difficult. I told them you have to keep it manageable — you don’t force yourself to walk a mile from the outset. It’s fine if you can only manage five minutes but make sure you do it every day. Just getting out of the door is important.”

She chose to support the air ambulance because she felt that living on a boat, she might need the service one day.