Family of mother who died while missing thank search teams 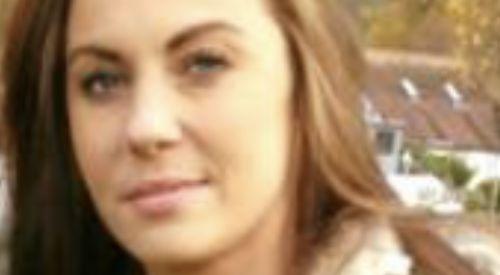 THE family of a Henley woman who was found dead after going missing unexpectedly a year ago have thanked the community for its support.

The body of Hannah Gibbs was recovered from the River Thames at Harleyford Marina in Marlow on November 1 last year almost three weeks after she vanished.

An inquest failed to determine the cause of her death because she had been in the water for too long.

Miss Gibbs, 37, was just days from starting a new job when she disappeared from her home in Gainsborough Road on October 13.

Her handbag and mobile phone were found on the pontoon in front of the River & Rowing Museum at Mill Meadows the following morning, while her coat was found a short distance downstream at Hambleden Lock.

The inquest at Buckinghamshire Coroner’s Court in Beaconsfield heard that the mother of two had suffered from depression.

However, the assistant coroner for Buckinghamshire Alison McCormick recorded an open verdict, saying there wasn’t enough evidence for her to reach a definitive conclusion.

Miss Gibbs’ mother Gay Lawless, who lived with her and her son Joshua, 21, believes her death was an accident, as does her brother Clive Gibbs, from Charvil.

Mr Gibbs said: “None of us know what happened that day — only one person did and they can’t tell us.

“I don’t believe that she jumped and neither does her mother but, sadly, there’s nothing to show what did happen.

“We’ll never know why she went there but she always enjoyed going down to the river with her children. We know what she was like and in our eyes it was 100 per cent a tragic accident.”

Miss Gibbs’ disappearance sparked a massive search by police and land and river rescue specialists who were joined by residents including Henley Deputy Mayor David Eggleton, a family friend, who regularly swept the river in a boat provided by Hobbs of Henley.

When the news was confirmed, Miss Gibbs’ friend Jannine Silver launched an appeal. This raised more than £4,600 towards the cost of the funeral, which took place at Holy Trinity Church.

More than 200 people attended the service so the church was full and the ceremony had to be filmed for those who couldn’t get in.

Mr Gibbs said: “We couldn’t fault the people of Henley — everybody was checking their CCTV and walking the riverbanks so we really can’t thank everybody enough. It just shows how close-knit this town is.

“The police were incredibly helpful from the outset and kept us updated so we wouldn’t hear anything on social media before it came from them.

“Everyone from CID to the search and rescue teams worked so hard, though as time went by with no sightings or other evidence we started moving towards acceptance of the likely outcome. It’s so hard because you don’t want to feel like you’re giving up.

“Hannah always loved Henley and everyone knew us from growing up in the town. She was never short of friends who wanted to help or speak to her and the attendance at her funeral shows how popular she was.

“Mum has got lots of people calling in on her and I chat to her every day, although it has been difficult with recent events.

“The coronavirus situation made things challenging as the inquest had to be pushed back.

“Hannah did an awful lot in the community and so many people will now be missing her. I get messages from her friends all the time and they can’t believe it has been a year.”

Miss Gibbs, who attended Gillotts School, spent much of her adulthood in Twyford before returning to live in Henley in 2018.

She taught for some years at Hurst Pre-School then worked at pubs and restaurants, including Bistro at the Boathouse in Station Road, Henley, and also worked as a Slimming World consultant.

She also left a daughter, Jessica, 18.