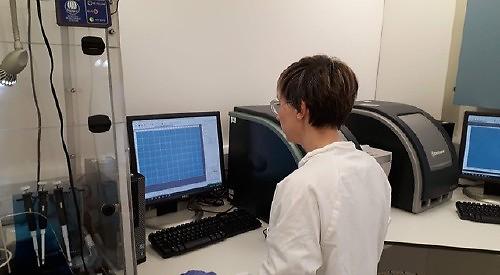 A PROJECT launched by an entrepreneur from Henley is now providing about 40,000 covid-19 tests a week.

Mike Fischer, 69, founded the Covid-19 Volunteer Testing Network earlier this year with the aim of recruiting volunteer labs across the UK to carry out thousands of tests a day for GPs and NHS workers.

He wanted the country to urgently expand its testing capacity for frontline workers and originally donated £1million of seed funding to get the project going.

In May, the network signed a multi-million pound contract with the Department of Health and Social Care to fund tests and since then its capacity has increased rapidly.

Initially set up to provide coronavirus testing for frontline healthcare staff, the network now supports testing during localised outbreaks around the country.

It also provides testing for the private sector, from professional sports teams to film and TV studios, for workforces ranging from 25 to 10,000 employees.

Other commercial sectors it supports include tthe travel and hospitality industries, manufacturing and food processing and engineering. It also tests at women’s and homeless shelters and ambulance services.

The network currently consists of about 10 laboratories which are doing the testing.

The majority of its work is weekly testing of employees in care homes across the country. This is either with businesses working directly with the homes or through the Government’s main testing programme. Mr Fischer’s own lab, SBL, an independent, non-profit medical research laboratory in Milton Park, Abingdon, was the inspiration for the network.

It is carrying out about 1,200 tests a week and does tests for most GP practices in South Oxfordshire, some care homes and commercial organisations as well.

He said: “The labs that have formed the core of the network are basically commercial labs which used to do analyses of some kind or another but weren’t doing coronavirus diagnosis work.

“I’m very proud of the work that the team has done. Every test we do wouldn’t happen if we weren’t doing it.

“It has been a hard and slow process building up the momentum with the Department of Health and that process continues.

“I’m very pleased with how it’s growing but it has taken far longer to get to this point than I would have hoped.

“It has only been a month or so that the department has had a strategy and been building up the testing strategy as rapidly as possible to a very large number.”

Infection rates in the UK are soaring with thousands of positive tests being reported every day as the country attempts to weather a second wave of the virus.

Mr Fischer said he and others had been making the case since March that testing was going to be a “powerful and essential” part of managing the virus and that there was currently a “gap” in supply and demand of tests.

He said: “Supply is going to be increasing rapidly, so the question is will the system be overwhelmed? How big will the gap be?

“I think we’re still short of every care home worker in Britain being tested once a week.”

Mr Fischer said that as winter approached, the number of people with flu, colds and infections that were not related to covid would increase.

“To what extent will it challenge our ability to find the ones with covid?” he said. “I’m fairly optimistic if we look through to where we’ll be after winter, in March next year, that testing capacity will be really good and we’ll have all the testing that we need.”

In the commercial sector, the network is developing “pool” testing. This involves taking samples from five tests, putting these into one tube and testing this “pool” sample.

The technique is used exclusively by SBL for GP surgeries and care homes.

Mr Fischer explained: “If that’s negative, which it almost always is, we know the contributors in that pool were all negative.

“It basically means you can run five times as many samples. It reduces the cost of consumables. Obviously, you still need one swab per person.”

He thanked Dr Nick Parkinson, assistant scientific director at SBL, for coming up with the idea for the network.

Its labs are testing health workers locally, so most are able to deliver same-day results.

Labs deliver swab kits to GP surgeries and care homes, then pick them up when they have been completed, reducing the need to drive long distances to a testing centre.

This makes it easier for workers to be regularly screened and for asymptomatic cases to be identified quickly. This is vital for slowing the spread of the virus.

The Covid-19 Volunteer Testing Network is being co-ordinated on an entirely voluntary basis and is looking for further labs to join the effort.