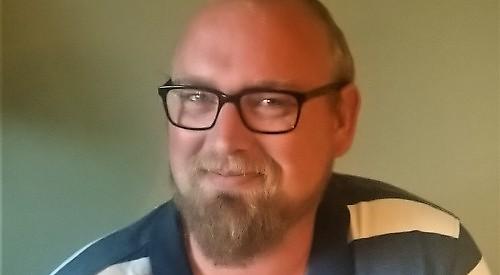 A CHARITY offering trips on the River Thames to people with physical and mental disabilities is to launch in Goring next year.

Floatability will ferry groups of up to eight passengers, or up to four wheelchair users with two carers, on a motorised 17ft Pioner Multi boat with a crew of two.

This has a bow which opens to form a ramp, allowing people with mobility problems to easily board and disembark at a slipway. The £10,000 boat, which is made from recyclable plastic, also has a detachable canopy for shelter.

Volunteers will skipper the boat and give talks to their passengers on the flora and fauna of the Goring Gap and offer to teach them to fish.

The charity has still to finalise the boat’s itinerary but some trips may start and finish at Goring lock while others may run from the Goring Gap Boat Club’s headquarters next to Gatehampton railway bridge.

Journeys of one, three or five hours will cost between £80 and £195 per boat trip with the two longer journeys including a stop for lunch at an accessible pub or restaurant.

The charity hopes to hire “facilitators” who would encourage less confident passengers to break the ice and chat with one another.

Some users would be referred by disability charities but small groups or individuals will also be able to book.

The service will be officially launched in late March and the trips will run from April to October when river conditions allow.

If the coronavirus restrictions are still in place, the service will operate with limited capacity to allow social distancing.

Floatability is the brainchild of Will Howard, who restores wooden boats from a base in South Stoke, and his wife Laura, a psychotherapist and psychologist, who was previously clerk for Eye and Dunsden and Sonning Common parish councils.

The couple, both 38, grew up in the area and have a two-year-old daughter Talula.

They developed the idea after appointing Mrs Howard’s brother Giles Viney, from Stoke Row, and their friend Jo Price as fellow directors of the charity and carried out a survey among users of disability groups.

They bought the boat about a year ago after raising the money through grants from Tesco, the Greenham Common Trust and the Icknield Gas and the Gatehampton Trust, both based in Goring.

They also raised £3,000 by rowing more than 100 miles in a skiff down the Thames from Lechlade in Gloucestershire to Sunbury.

The charity now hopes to raise another £2,900 for a spare outboard engine, training courses and miscellaneous equipment.

It is also looking for more volunteer boatmen, fundraisers and networking assistants. Candidates needn’t have previous experience but an understanding of boating or disability issues would be helpful.

Mr Howard, who has worked for boatbuilders Henwood & Dean in Mill End and Peter Freebody & Co in Hurley, will be the skipper.

He said: “The river has always been part of my life and it gives me a good feeling so I wanted to help others enjoy it.

“We’ve got a very versatile boat and look forward to launching.

“We’ve optimistically decided on about 12 trips a month for the first year but we don’t know what the need will be because it’s such a new venture. We’re offering something very different from any other boating groups.

“The Rivertime Boat Trust in Henley has told us that 12 trips is a very conservative estimate but it’s hard to be sure when we’re still stuck with the coronavirus.

“It’ll be interesting for me to get out on the river more because I spend a lot of my time in a shed. I can’t wait to have a change of scene.”

Mrs Howard said: “There’s a lot of isolation among the disabled community and they sometimes struggle to find a safe, non-judgemental and caring space to socialise or develop a hobby.

“Fishing, for example, has been shown to massively help soldiers with post-traumatic stress disorder and it will help our passengers to form lasting social connections and meet people from different groups.

“We want this to be affordable because many disabled people are on benefits and it was important for us to cater to mental health needs as there isn’t much provision locally. Disability isn’t just about physical or cognitive problems.

“We’re both chuffed at how well we’ve done in so little time. We’ve had some really amazing donations and we know this is going to transform people’s lives. If it hadn’t been for coronavirus we might have been able to launch in August.

“We were going to do a fundraising event with the Goring Gap Boat Club so it was a bit of a blow but the delay has at least given us a chance to refine our ideas.

“People are fully aware that this is coming and we’ve had an enquiry or two already.

“There has been some interest from some large organisations who are very keen on the concept and Goring residents are also very enthusiastic.

“Will and I can’t take all the credit for this as it has been a team effort from all the directors and the three volunteers we have so far.

“There are a lot of villagers with disabilities and we want this to be the community’s boat — we’re just listening to people and looking after it.

“For us, the reward is helping others to experience the joy of being on the water, with all the many benefits that brings.”