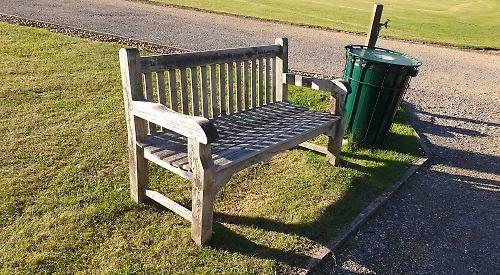 MORE than half of the unauthorised memorial benches at Fairmile Cemetery in Henley could be removed.

The town council, which manages the site off the A4130, has already taken away seven of the 31 unauthorised seats which have appeared over the past two decades and will dispose of them if they aren’t claimed within six months.

Now it has agreed to remove up to nine more because they are either broken or in a dangerous condition, not properly secured to the ground or have been placed too close to other plots.

The families who placed them have been contacted and offered the chance to relocate, repair or anchor their benches down as appropriate.

Alternatively, they can buy a replacement from the council for up to £1,000 plus a 20 per cent maintenance surcharge. Those still in good condition will be moved to the edge of the cemetery, as near as possible to the grave of the person being memorialised.

Any which remain will be inspected annually and could be removed if they deteriorate.

In cases where the owner can’t be traced, a note will be attached urging the family to contact the council. Further action could be taken if there is no reply within two months.

Most of the benches commemorate people who died after 2000 but a handful date back to the Nineties and one honours a person who died in 1984.

Earlier this year, the council placed notices on every seat warning that unauthorised ones would be removed if they weren’t dealt with by the end of September.

This sparked a flood of complaints from residents who called the new policy “heartless”.

Town clerk Sheridan Jacklin-Edward later clarified that the benches would be assessed on a case-by-case basis and apologised for the wording of the notice.

Members of the council’s recreation and amenities committee voted to proceed with the new policy.

Kellie Hinton, who chairs the committee, said: “The report by our cemetery manager Leena Wisely is very clear and I can see that our staff have been extremely considerate in approaching this.

“Mistakes were made in our communication and we’ve apologised for that. We’re all very sorry as those of us who’ve lived here all our lives have friends or relatives buried there and we weren’t looking to offend anybody.”

Councillor David Eggleton asked whether owners would be able to carry out their own repair work.

Mr Jacklin-Edward said this might be allowed if it was of a high enough standard and permission was sought first.

Councillor Will Hamilton said that in future the council should take greater care with such sensitive issues.

He said he had to attend a court case in 2017 where the council admitted burying a man in the wrong plot and had to pay legal costs to two families affected.

“It was heartbreaking,” he said. “I would urge the committee to try contacting families rather than using letters as it has done in the past.”