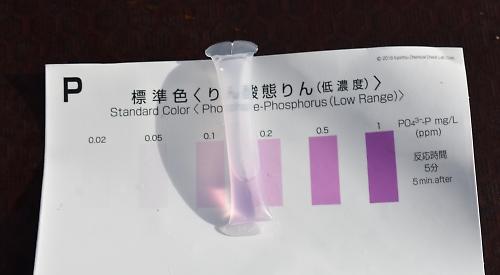 RESIDENTS of Henley are being urged to help keep the River Thames clean.

The call came from South Oxfordshire district councillor Jo Robb following tests showing the water in Henley had a “moderate” range of phosphates and nitrates.

She was among a number of volunteers who took part in the recent Thames WaterBlitz, an annual event run by environmental charity Earthwatch which helps scientists gather data about the quality of the river water.

Councillor Robb, who is the council’s first “river champion”, took samples from the river at Mill Meadows in Henley while other “citizen scientists” did the same at other locations, including Oxford, Reading and London.

Nitrates and phosphates are nutrients that occur naturally but in high volumes can cause increased algae, reduced oxygen in the water and lead to “dead zones”, which are areas with no marine life.

A spokeswoman for Earthwatch said: “This is a standard method for measuring water quality and Earthwatch has been using these test kits for many years and comparing them against other testing methods to ensure they are reliable and scientifically robust.

“The results from Henley fall into the ‘moderate’ range and are well within what we would expect for the area.

“However, it is not possible to say much about the state of the environment from a single measurement alone because there are so many natural and man-made factors that can influence the result.

“Nutrients in a single location vary naturally with the weather, season, water level, etc. and events like heavy rain can change the local conditions markedly in a short amount of time.

“With the WaterBlitz, our aim is to collect lots of data at the same time so that data from different places is comparable, something that simply cannot be achieved by professional scientists alone because they can’t be in multiple places at once.

“This allows scientists to look for patterns. If, for example, measurements from Henley are significantly higher than measurements taken slightly upstream, it might indicate that there is some kind of pollution entering the water between the two points.”

As a result of the tests, Earthwatch has identified 85 areas of concern which will be investigated further.

The charity says there are ways that residents can help to keep the river clean. These include only putting the three Ps in the toilet — pee, poo and paper — not putting cooking fats down the drains and reducing use of pesticides and fertiliser in gardens.

Cllr Robb, who represents Woodcote and Rotherfield on the council, said: “WaterBlitz is brilliant as it brings awareness to the issue but I’m concerned that we are not looking ahead enough.

“Our rivers are under untold stress and our water levels are under stress.

“I am encouraging people to join in the campaign for cleaner water in the Thames.

“I want frequent water monitoring and for this to be made public knowledge, especially during bathing seasons.”

Cllr Robb was one the five members of the Henley Open Water Swimming Club, who trained in the Thames for a successful cross-Channel relay swim in the summer.