We’re all in this together, baa none 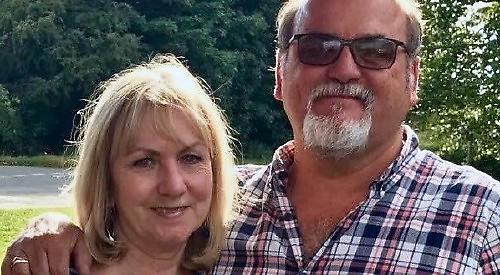 NEIGHBOURS are continuing to support elderly and vulnerable residents during the second coronavirus lockdown.

The new government restrictions came into force on Thursday last week and will remain in place at least until December 2.

Support groups which were launched when the first lockdown began in March have reached out to the swathe of volunteers who offered to help then.

Mark Taylor, who is the minister at Stoke Row Chapel, has been helping to co-ordinate volunteers in the village for most of the year.

Stoke Row has more than 600 people on its Facebook page and there are 45 volunteers who have offered their services during the pandemic.

He said: “In the first few weeks of the first lockdown, we were very busy collecting food and medicine for people and then in the second month it started to go quiet and it has been like that for the last few months.

“Even though we are quiet, I would like people to know that we still exist and we are still here to provide for anyone who is unable to get out and to keep an eye on people who are lonely or in a vulnerable position.”

Residents have been able to call on volunteers in Stoke Row for transport to medical appointments or for errands. People who live outside the village have also made contact to ask the volunteers to check on relatives.

Rev Taylor said: “It was an incredible lifeline in the beginning because people didn’t know what was coming or what to do. It made a big difference.

“But people very quickly became used to the new normal and made alternative arrangements. They got more familar with ordering things online or by phone and if they needed transport they usually had a neighbour or family member who would do that for them.”

A villager placed an ornamental metal sheep called “Hope” near the village green.

Rev Taylor added: “Since then, other residents have added their own sheep and the idea is to say to people that we are all in this together, there is hope and we will get through this.

“People have had fun with it too. After Dominic Cummings went up north, someone put a sheep called Dominic further away from the others because he was in disgrace.”

If you live in Stoke Row and need help, email stokerowchapel
@gmail.com

Nettlebed Volunteers is run by seven area co-ordinators and a team of about 55 volunteers, who collect and deliver shopping and medicine.

Paddy Lyell, one of the
co-ordinators, is expecting fewer requests for help this time.

He explained: “I think that people are a bit more organised. Even during the first lockdown, the requirement ended up being a lot less than we thought it would be when we first set it up.

“At the beginning of all of this, everyone was a bit scared and uncertain. Most people knew who their neighbours were already but it was more about seeing if people needed extra help.

“I am still collecting medicine from Wallingford for one of my neighbours after eight months. There are lots of other people who do the same thing. I’ve gone back to all of the co-ordinators and volunteers, just to make sure they are all available to help.”

The volunteers linked up with the White Hart pub in the village high street, which has provided groceries and takeaway food.

Meals were also donated by Cook in Henley for vulnerable residents as well as pupils at Nettlebed Community School.

Mr Lyell, who is also a Nettlebed parish councillor, said: “We already have a strong community but I would say everyone raised their game.

“People donated free school meals, so it wasn’t just the elderly that got help during that time. It was a big community effort from everyone.

“Hopefully people won’t need to use us this time but if they do then we are a safety net for those who are struggling.”

During the first lockdown it had 70 volunteers covering different parts of the village with one central phone number and email address.

Co-ordinator Helen Booker said: “We had far more volunteers than we had demand initially, which was very lucky.

“It was lovely that so many people wanted to put their hand up but in a way it didn’t surprise me because that is just what Woodcote is like generally.

“We helped out a lot with shopping and prescriptions and I think people were very grateful for that.”

Mrs Booker, who is a parish councillor, said: “It has been a nice way to get to know new people. I think that has been one of most enjoyable aspects.

“We have a Facebook group for the volunteers and anyone who needs help and I keep that updated. A lot of people might be back at work, so my job is to call around all of the people that helped previously and to check in with the people we saw earlier in the year to see if they need anything.

“I think people will be more prepared this time and will have online shopping sorted out or they will know about smaller independent shops that they can reach out to.”

The Fish volunteer centre in Kennylands Road, Sonning Common, was already established before the pandemic.

It has a team of 30 volunteer drivers who are continuing to provide transport on an individual basis and will also collect shopping and medicine for anyone in need.

Anna Wright the office administrator, said: “There was already a strong sense of community in Sonning Common but that has been enhanced this year. The village is so proud of Fish and it is lovely to be able to work for them.

Since covid started, we’ve got jigsaw puzzles and talking books in the office for people to borrow but mainly we are doing car journeys, shopping and picking up medication.

“A lot of drivers were originally from the older age group and those who had retired but they had to stop when the first lockdown came.

“We have managed to get a few new drivers but before covid we would have had about 60, so the number has gone down quite a bit. There are also a handful of people who do shopping on foot and will do local Co-op and One Stop trips. My hope is that — because we’ve been through a lockdown before — people will be better prepared.”