Artist sets children’s story in area where she grew up 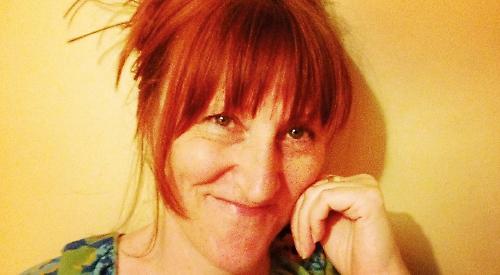 AN artist and designer from Henley has published a children’s story book.

The Unusual Tale of the Fairy Theatre by Lizzie Brown follows two children trying to find their friends and a parent who disappear inexplicably. It is set in the woods surrounding Nettlebed, where several people claim to have sighted a mysterious elf.

The book is illustrated with photographs of 17 miniature model scenes created by Ms Brown.

She came up with the idea more than 10 years ago but never got round to developing it until the coronavirus lockdown hit earlier this year.

The mother-of-two, who taught art at The Henley College for 25 years, created her sets using a mixture of craft materials, miniature figures and items she found in local woodland, such as acorns, bark, leaves and twigs.

She lit them using studio lights and had them photographed by her partner Mike Taylor, a professional photographer.

The pair also produced a YouTube video in which they documented the creative process.

Ms Brown, who has two grown-up children and a young grandson, attended Trinity Primary School and Gillotts School and was living in Crisp Road until two years ago, when she moved to Dorset to look after her elderly mother.

She has been a keen artist from a young age and has previously exhibited at the Henley Festival and the River & Rowing Museum.

She was also one of the organisers of the first Henley Youth Festival in 1994.

Ms Brown said: “When you have children, you enjoy entering into their imaginative world while you’re reading to them so I’ve always been obsessively writing little stories, poems and anecdotes. While I was doing a diploma in graphics at Banbury College a long time ago,

“I started putting together a fairy story using my children and their friends as models.

“I’d make something like a throne and build scenes around it but there were limits to working that way because you can’t build bigger scenes at full scale unless you have a lot of space and a high budget.

“I later did some work experience in the film industry which included model making and I really enjoyed that. It was then a long, slow burn over about four years as I juggled working on the story with the rest of my life.

“I made a lot of the models while I was still in Henley, starting with the ‘fairy theatre’ on the front cover. I already had the fabric for the curtains and pulled the natural elements together from the woods, which was when I began including ‘found’ objects in my work.

“It’s hard getting everything to scale but you come up with all sorts of tricks like using cocktail sticks as someone’s knitting needles or lighting ‘snow’ from below so that it seems to glow like the real thing does at night.

“I set the book in Henley because it’s such a beautiful area. I lived rhere almost all my life and it’s where my roots still are, even though I’ve had to move.”

Ms Brown expects to receive her first print run of the book shortly.

She said: “My grandson’s had a quick look and he loves the pictures. I’ve explained a bit about the story to him and some other young people and they really enjoyed it.

“I’ve already started thinking about another book which could take some of the same characters. It wouldn’t take anywhere near as long because doing anything the second time round is a lot easier.”

• The Unusual Tale of The Fairy Theatre (£14.99) will be available from www.lizziebrownstories.co.uk