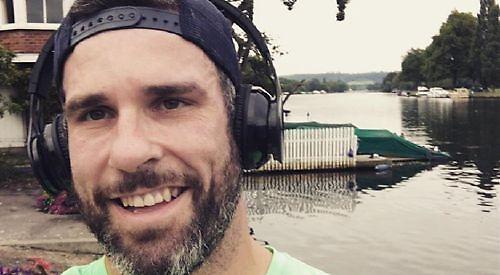 A WOMAN is hoping to raise money and awareness for mental health by selling candleholders in memory of her brother.

Emma Payne is a professional ceramicist from Sonning Common and she has recently launched a set of three plinth holders.

Her older brother Adam took his own life in October 2018, aged 36. The three holders represent him and his older brothers, Matthew and Ben.

The candleholder set costs £60 and 65 per cent of the money will be donated to the Charlie Waller Trust, which promotes education and research into mental health.

Miss Payne, 33, said: “Raising money is important, but raising awareness is the main thing. The only cost we are taking out is material expenses.

“Charlie went to Pangbourne College, which is where me and all my brothers went as well. His parents were very supportive of our family when Adam died and they mainly support with education and awareness on mental health.

“There is one candle for each brother and they have a dual purpose – on one end there is a tea light holder and the other end it is a tapered candle holder. A little bit of the design is for functionality in that you can use them in different ways and it is also to show that someone can seem happy but there is another side to them as well.”

Miss Payne came up with the idea for the candleholders while working for Birch Community hotel in Hertfordshire, where she was asked to make ceramics.

They are available in 10 different colours, including pickle green as ‘pickle’ was Mr Payne’s nickname for his younger sister.

He lived in Hurley and had a daughter and stepson. He played for Henley Hawks and worked at Bicester Golf Club.

Henley Rugby Club held a charity match in his memory in May last year, raising about £4,000 for mental health charity Mind, the Thames Valley Air Ambulance and the Chiltern Centre in Henley.

In March 2019, about 60 of Mr Payne’s family and friends ran a half marathon around Victoria Park in London to mark what would have been his 37th birthday.

Six months later, the same group did the Oxfordshire half marathon and collectively raised nearly £8,000. This was donated to a number of charities, including Mind and the Ways and Means Trust, a charity which supports adults with recurring mental health problems based in Peppard.

In June 2019, his family held a charity ball at Bicester golf club and rasied £4,000 for Oxfordshire Mind and Greenshoots, which is part of the Ways and Means Trust and offers horticultural therapy for people with disabilities and poor mental health.

“The more we talk about it, the more we hope other people will ask if someone is okay and we might be able to save one person, or make someone open up a bit more.

“We like talking about Adam and remembering him. We are thankful that we had 36 years with him and we are a really close family, so it was a great 36 years.

“I think it is important that we keep talking about him so that his memory lives on. No light should be extinguished early.”

She typically creates bespoke ceramic products for architects and this Christmas she is planning to launch an online shop with homeware products.