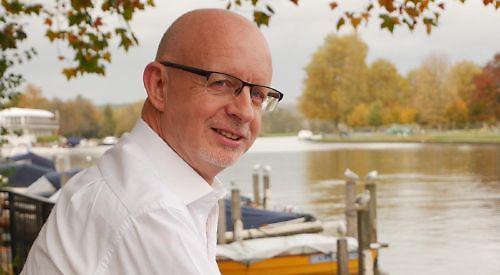 A CONSERVATIVE hoping to represent Henley on Oxfordshire County Council says he would help to revitalise the town after the coronavirus pandemic.

Paul Harrison will be vying for the seat currently held by Councillor Stefan Gawrysiak, of Henley Residents Group, at the elections in May.

He said he would be able to work with his fellow Tories, who control the county council, to deliver for Henley.

The 62-year-old, who lives in Sonning Common, said: “I know Henley well, it’s where I do my shopping and where I visit friends in the evening.

“I like Stefan and I followed him as president of the Rotary Club of Henley Bridge, so you could say I now want to take his place on the county as well!

“We get on well, are highly involved in the community and he’s hard working. The issue I have is he can’t deliver, while I can work with the Conservative group at county to the benefit of Henley and I feel that’s what Henley has missed. At some point covid will be defeated and at that point, how can we make sure Henley is vibrant? How can we get the town going?”

He said: “Is there a way of having charging points at the kerbside which don’t go across the pavements and cause a danger to people?

“The other option is similar to when you charge your phone and put it on a charging pad. These are the new ideas needed.”

Mr Harrison said he also wanted to reinstate Henley Town Council’s traffic advisory committee, which had been chaired by Cllr Gawrysiak’s Conservative predecessor, David Nimmo Smith. This had officers from the county council on it, which was key to getting things done.

“I know Stefan is very keen on banning HGVs and I absolutely support the idea,” he said. “The question is, how is he going to deliver on that? Talk is cheap, delivering is important. He’s not in a position to deliver and I believe I can.”

Mr Harrison, who is a senior application developer at SAS IT in Marlow, was a member of Sonning Common Parish Council for several years until 1999 when he was elected to the district council for the Henley division.

He served one term before losing his seat, then won a by-election in 2005 to represent Sonning Common division.

He lost his seat in the district council elections in May last year to Leigh Rawlins, also from Sonning Common, who was standing as an independent but later switched to the Liberal Democrats.

Daniel Bausor, chairman of the Henley Conservatives, said: “Paul has been part of the Henley community for the last 25 years. He has experience in, and understands, business and was cabinet member for economic development and regeneration at the district council. I think Paul would make a real difference to Henley and drive positive change.”

Cllr Gawrysiak said: “I look forward to standing on my record over the last four years as county councillor for Henley.

“These achievements have come after many years of neglect of Henley’s roads.

“I led the project which successfully completed a new bus scheme for Henley with TK Travel, which serves all members of the community.”

Cllr Gawyrsiak who lives in Elizabeth Road, Henley, said that as he was also a town and South Oxfordshire district councillor and former mayor, he knew what the town needed.

He said that because HRG was not part of a national party, he was independent, adding: “I vote in a way that is best for Henley, its residents and community.”