Writer’s auction to pay for film 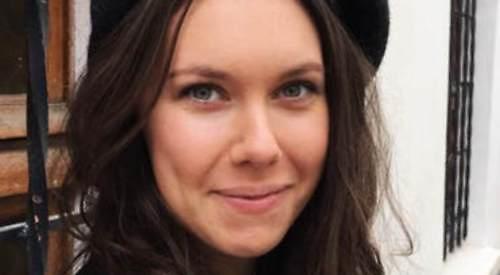 A SCREENWRITER from Henley is holding an online silent auction to put her new short tragi-comedy film into production.

Amy Brandis, 26, of Western Road, wrote Screw the Pooch, a film about loss, during the second coronavirus lockdown and it will cost £1,750 to produce.

Many Henley businesses have provided lots for the auction.

Other businesses that have donated items include Gabriel Machin in Market Place, the Henley Larder in Bell Street and the Vintage Look in Hart Street.

Miss Brandis, a freelance script consultant for London production companies, said: “This has been an overwhelming community effort and I have been so moved by people’s generosity, especially after such a difficult year for high street shops.”

The film is about a woman losing her mother but “death” sticks around and becomes her “unlikely room-mate”.

The film will be 14 minutes long and will take five days to shoot and five months to edit and produce.

Miss Brandis’s brother Leo will be producing the film. Miss Brandis, who has recently completed an 18-month diploma in script development at the National Film and Television School in Beaconsfield, said: “This is the biggest project we will have worked on together so far and I’m really looking forward to it.

“We don’t always agree but that’s why it works — two heads are better than one. We’ll see if that applies to siblings too.”

She hopes to take the film to the major film festivals in the UK and abroad.

Miss Brandis said: “We’d like to set our sights high for this local little film. 2020 has been a tough year for the arts industry and having your home town come together to make our film happen is hugely emotional.”

The money will go towards talent, safety equipment, costume and equipment rental.

To bid for an item, visit http://www.32auctions.com/screwthepooch