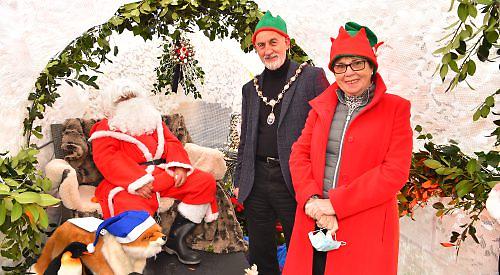 SCORES of families visited Santa’s grotto at the Spice Merchant restaurant in Henley on Monday.

They were guided through the restaurant in Thames Side by helpers dressed as snowmen and then led into the garden where children were introduced to Santa in an “igloo” surrounded by plants and toy animals.

Entry was free and every child received some gifts.

Ben said he was looking forward to Christmas and wanted some drumsticks. Ava said: “I was excited to see Santa.”

The grotto has previously been at Regal Picturehouse and the Kenton Theatre but both venues are closed due to the pandemic.

Hasan Chowdhury, manager of the restaurant, said: “It has been wonderful. We’ve had queues to see Santa all day.”