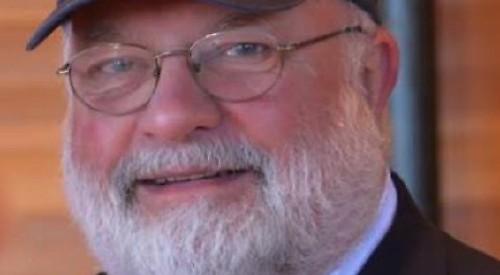 A TRUSTEE of the River & Rowing Museum in Henley is stepping down after almost 20 years.

Thomas Weil, who is an American collector of rowing memorabilia, has served since 2001.

Mr Weil, who lives in Connecticut, said: “I have tried to build a collection that celebrated the legacy of this transformative sport and it is a great privilege to have found a home for so many of those treasures at the museum.”

The Thomas E Weil Collection comprises rowing art, memorabilia and literature, largely relating to Great Britain but including various international pieces. About 1,500 items the collection are at the museum with around 50 star items currently on display in the International Rowing Gallery.

This collection, dating from the 16th century to the present day, includes trophies, medals and cigarette cards and is believed to be the largest of its kind in the world. Its development has been due in large part to one of the museum’s founders, Christopher Dodd, a former rowing journalist who took on the role of rowing historian when the museum opened in 1998.

Mr Weil first attended Henley Royal Regatta in 1963. He joined Yale’s lightweight squad under Jim Joy and rowed in the Thames Cup in 1970.

The crew beat Liverpool Victoria in the first round, Garda Siochana in the second and lost their semi-final to the eventual winners, Leander Club.

The overseas trip also took in a visit to Ireland when the Garda invited Yale oarsmen to race in the Irish national championships at Blessington.

Mr Weil finished his rowing career that summer with a silver medal in the US national championship elite double sculls.

He is a life member of Leander Club, to which he donated one of its oldest trophies. He also contributed a chapter on the “treasures” of the club in the book to mark its 200th anniversary.

David Worthington, chairman of the museum’s trustees said: “Without the addition of Tom Weil’s extraordinary collection, the River & Rowing Museum, and most especially the Rowing Gallery, would be significantly less comprehensive and a lot less interesting.

“In fact, I’ve often wondered how many holes we would have in our display if Tom chose to take his things back. Lots is the quick answer.

“His generosity is not just limited to objects. As a fount of knowledge, he has supported the curatorial team for two decades and, as a foundation trustee, has provided wise advice, challenging questions and supportive actions in equal measure.

“The museum owes Tom a huge debt of gratitude. Put simply, it would not be the same museum without him.”