Woman urges MP to back climate Bill in Valentine card 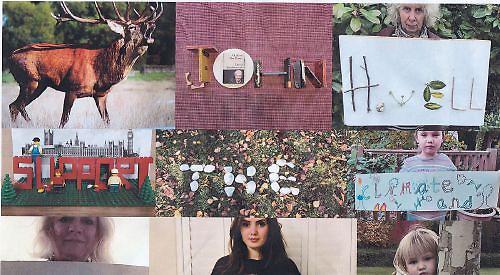 A WOMAN and her grandson have made a short film asking John Howell to support the Climate and Ecological Bill.

Diana Barnett, a member of Greener Henley, features in the video, which shows her writing a “Dear John” letter to the Henley MP for Valentine’s Day on Sunday.

The retired teacher, who lives in St Katherine’s Road, Henley, was helped by her 16-year-old grandson Lucien.

She said: “Although it’s a short film, Lucien took a lot of time and care making it, including composing the soundtrack. I am extremely proud of him.

“Like many young people, he understands that what we do or don’t do today will have an effect on everyone’s tomorrow.

“I don’t want my grandchildren to look back in exasperation and ask why my generation didn’t do more to prevent this climate emergency.

“Although this film and Valentine’s message are meant to be humorous, it is hoped that the seriousness of the message behind it will spur on others to add their voice for the sake of all humanity and all living species who share this planet.”

In a message in a mocked-up Valentine card to Mr Howell, Mrs Barnett writes:

You could have been the one, you could have been our hero
By bringing forward the date to 2020 for net zero
The rain, it doesn’t stop, the water is a-rising
Washing away our hopes and dreams, more floods are on the
horizon.
“Nature is our home. Good economics means managing better.”
Dr Dasgupta said in his review to the Treasury — read his letter!
Instead you turned your back, you think it will all be fine.
Come on, John Howell, back the Bill and be our Valentine!

Greener Henley is running a campaign in support the Bill, which now has the support of nearly 100 MPs. Kate Oldridge, who is promoting the Bill on behalf of the group, said: “It places a legal obligation on current and future governments to put in place plans consistent with keeping temperature rise within 1.5 per cent, beyond which the scientific consensus is that we risk runaway climate chaos.

“Right now, ecosystems around the world and in the UK are collapsing, wildlife and habitats are being destroyed and our children are being poisoned by our emissions. We are asking all Henley residents to sign our petition asking John Howell to back to the Bill.”

Mr Howell has said the Bill is the wrong approach to tackling climate change and he won’t vote for it.