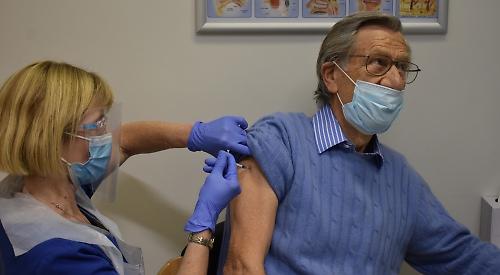 SURGERIES in the Henley area have made good progress vaccinating medically vulnerable adults against coronavirus.

The Bell Surgery in Henley says that by the end of next week it should have administered the first of two jabs, which are given no more than 12 weeks apart, to everyone in this group.

These include people aged between 16 and 65 with one of several conditions including some cancers, chronic organ diseases, obesity, metabolic conditions such as diabetes or mental illnesses and learning disabilities.

The practice off York Road has vaccinated more than 2,550 patients in total, including all from the Government’s highest priority groups, the over-80s, over-75s and over-70s as well as frontline health and social care workers.

A spokesman said: “We are receiving lots of lovely feedback from patients expressing their thanks and sharing kind words of support during these difficult times. It really is a team effort and a big thank-you to everyone.”

The Hart Surgery, which is next door, has given more than 3,000 jabs covering just over a quarter of its patients and expects to cover all vulnerable adults within a similar timescale.

Older patients and care workers, who were vaccinated in early January, will be called back for their second dose next week.

All patients aged between 65 and 70 had expected to get jabs at their surgeries but were told last week to await invitation to a mass vaccination “hub” at either the Kassam Stadium in Oxford or Salt Hill sports centre in Slough.

This followed a last-minute change of plan by the Government, which says it is trying to cover everyone as quickly as possible. Anyone over 65 who hasn’t been contacted should call 119 to make a booking.

The remaining groups are healthy over-60s, over-55s and over-50s and the rest of the population.

Most people will receive the Oxford-AstraZeneca vaccine, which was approved for usage at the start of the year after the Pfizer-BioNTech jab was given the go-ahead.

Laboratory or lateral flow tests have confirmed 82 new infections in the past seven days compared with 123 the week before and a peak of 713.