I still suffer from exhaustion a year after having coronavirus 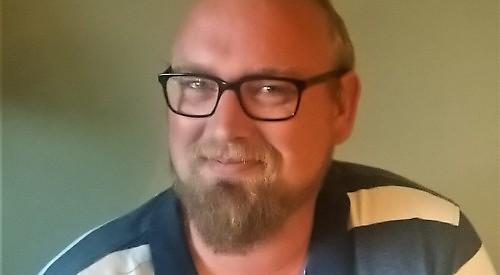 A WOMAN is still suffering complications from coronavirus almost a year after catching the disease.

Laura Howard developed a mild fever in April, a few weeks after the first national lockdown was imposed, then experienced worsening fatigue in the weeks that followed despite the acute infection clearing up.

She was eventually diagnosed with post covid-19 syndrome, also known as “long covid”, and can still only walk about 300 steps at once before needing to use a mobility scooter or talk on the telephone for about 10 minutes before needing a break.

This is an improvement on the first few months, when she had to sometimes use a wheelchair and could barely hold a conversation.

Doctors don’t know how long full recovery will take because the condition is so new. It is similar to chronic fatigue syndrome, also known as myalgic encephalitis. This often follows a viral infection and can result in tiredness, a rapid heartbeat and trouble concentrating after even light movement or mental tasks.

At times Mrs Howard’s resting heartbeat has reached 169 beats per minute, just over double the normal figure and usually only experienced when exercising near maximum effort.

Causes of long covid vary but they include microscopic lung damage and disturbances to the immune system causing inflammation throughout the body.

Trials in America have shown tiny blood clots in some sufferers’ brains.

Scans have shown Mrs Howard suffered lung damage but it should eventually heal. She has been referredto NHS England’s national long covid service. This offers guidance on recovery using online clinics and will eventually introduce her to fellow sufferers through a support group.

Mrs Howard, a psychologist, has been advised to think of her energy levels as an internal “battery” and rest when she feels it is about two-thirds drained.

This ensures she doesn’t get completely exhausted, which takes much longer to recover from.

She has been advised to categorise daily tasks by how much energy they take and to make sure she doesn’t do too many.

She measures these in “spoons”, a unit of effort coined by disability advocates because they are a common household object so serve as a simple metaphor.

Mrs Howard, 38, who lives with her husband Will and their young daughter Talula, is balancing her recovery and the challenges of family life with launching the couple’s charity, Floatability.

This will offer guided cruises and fishing trips on the River Thames at Goring to people with mental and physical disabilities using an adapted motorboat.

Mrs Howard currently manages about 90 minutes’ work a week on the project while the rest is done by her husband, two other directors, including her brother Giles Viney, from Stoke Row, and four volunteers.

Mr Howard, 38, a boatbuilder and restorer based on the Thames at South Stoke, took five months off work to look after Talula during the first lockdown, when preschools had to shut, but he was able to return when they re-opened after the summer holidays.

His wife says the family are coping with her illness.

She said: “My occupational therapist has been a real lifesaver because without the techniques they’ve taught me on planning, prioritising and pacing, I wouldn’t be where I am now.

“It might not look like I’ve come very far but to be able to walk 300 steps is a really good thing, especially now the days are getting longer and the weather’s improving.

“The techniques have been refined based on other people’s experiences, which is important because our understanding of this illness is changing all the time.

“There are common symptoms but others like severe thirst and dehydration, which I experienced at first, weren’t recognised at first. The doctors were very confused — I went on a drip and they were wondering if it was something hormonal.

“I’m grateful for the support I’ve had so far, which has been brilliant, and I’m looking forward to meeting others because it can be a very lonely illness. You can feel like you’re the only one struggling with it and the mental fatigue is just as disruptive as the physical side.

“I’ve had relapse after relapse, which seems to be the course of this disease. My heart rate can still go bonkers for no obvious rhyme or reason.

“You’re encouraged to identify a baseline effort you can comfortably work within but it’s tricky as it varies from day to day. You’re more at risk of a downturn as you get better because you feel like you can do more and don’t realise you’ve overdone it until it’s too late.

“I don’t know what the future holds as there’s no timeframe for such a new disease and one which affects multiple organs.

“There was a similar condition in some people who had the SARS virus which lasted two years.

“It’s definitely not to be sniffed at but it does generally disappear in the end. For now, it has been helpful learning to identify my energy levels and work with what I have.”

Mrs Howard visited her doctor in June after experiencing an insatiable thirst for months and struggling to walk or hold a conversation. She was drinking up to four litres of water a day but this had no effect so she was eventually hospitalised and put on a saline drip which solved the problem.

A test showed marks in her lungs, which is most likely scarring caused by covid-19, and she has regular checks to ensure this is improving.

She and her husband took their first test trip on their river boat in the autumn, which she said was therapeutic and emphasised the value of their charity’s work.

The NHS has spent £10 million setting up 80 regional clinics to diagnose and treat post-covid-19 syndrome. These will accept referrals from GPs or other doctors who have ruled out other causes.

The service says up to one in five people who gets coronavirus will have longer-term symptoms and about 186,000 people have reported problems for up to 12 weeks.

According to a study by King’s College London, up to 60,000 people nationally may have experienced problems for more than three months.