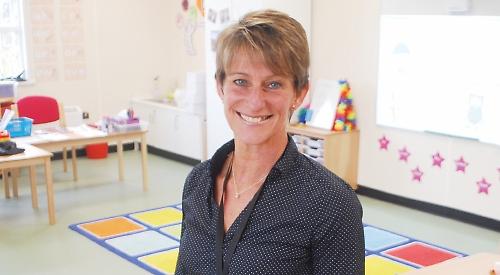 A PRIMARY school in Caversham will open at its new premises for the second half of the summer term.

This will mark the end of years of controversy over the Heights Primary School, which started life in 2014 to meet a growing need for places in the area.

It has been based at temporary premises off Gosbrook Road in Lower Caversham but will relocate to a new purpose-built building at Mapledurham playing fields, off Upper Woodcote Road, Caversham Heights, as of June 8.

The school began with 75 pupils across reception and year one but now has about 350 children.

It has devised a travel plan in order to allay residents’ fears about congestion and parking problems.

A new zebra crossing, lighting and signage will be installed to help with road safety.

Headteacher Karen Edwards said: “We know that more than 90 per cent of our children live in catchment and we expect the vast majority of them to walk, cycle or scooter to school.

“We are actively discouraging parking on or around the site. We will monitor it very carefully in the first three months and we can’t have a travel plan approved until we have been on site for that long anyway.”

She said the school was aware of the importance of sustainable travel and it was the only school in Reading to have achieved a gold award in the Modeshift Stars, a national awards scheme that recognises environmentally-friendly travel. Mrs Edwards, who was headteacher of Sacred Heart Primary School in Henley for seven years, said it had been difficult trying to run the school at its temporary premises for much longer than the two years originally envisaged.

“We’ve managed to find very creative solutions to the problems we’ve faced because we’ve had to,” she said.

“Our modular blocks are great but we never expected to have all 14 classes of children in these two blocks for seven years, so we are tight for space.”

She said the new school would make a big difference, adding: “We will be a hub for the community.”

The delays were caused by controversy over the potential site for the school and opposition by residents and users of Mapledurham playing fields in particular.

Reading Borough Council, which is a trustee of the land, carried out public consultation on five possible sites for the new school. The others were High Ridge in Upper Warren Avenue, Albert Road recreation ground, land at Dyson’s Wood Farm, off Kidmore Road, Caversham Heights, and Bugs Bottom, a large green space off the Hunters Chase development.

More than 70 per cent of respondents chose the playing fields.

The Education and Skills Funding Agency, a government body, offered £1.36million to improve leisure facilities on the playing fields in return for a lease on 1.2 acres of the 25 acres for the school.

The building work by Keir Construction finally got under way in March 2019 but was then delayed by the coronavirus pandemic.

The pavilion has been refurbished after falling into disrepair, the playing fields themselves have been improved and the playground moved and upgraded.

The school’s new multi-use games area and hall will be available for community use.

Martin Brommell, secretary of Warren & District Residents’ Association, which opposed the development, accepts the fight has been lost.

He said: “I was a fierce opponent of the school going on the playing fields and I still feel it is not the right place but that ship has sailed.

“What we need to do now is move on and work with the school to minimise the impact on local residents as much as possible.

“Travel is the top concern for residents and the school has a very good plan. They discourage parents and teachers from driving and encourage walking, which is very positive. The roads surrounding the fields are very narrow and it makes it very dangerous. If people park large vehicles, it creates a blind spot and I’ve already seen two near-misses where people walk out into the road and are confronted by a vehicle they haven’t seen.

“I don’t know of any other locations where there is such a huge concentration of different activities on one site. You’ve got the tennis club, the football club, a games area that will be open Monday to Saturday, the school, dog walkers and other recreational users.

“Not everybody is considerate when they park and there is a real concern about air quality too.”

Councillor Isobel Ballsdon, a Mapledurham ward member of the borough council, said: “The school is being really proactive and engaging with the community to ensure residents have a good understanding of the commitment for parents and staff to get to school in a sustainable manner.

“Inevitably, when there is change, it is human nature for people to be concerned. The school is doing an excellent job to help residents see that they need not be concerned.

“Being on the temporary site has not been ideal and the whole reason why I got into politics was on the provision of primary school places.

“The Heights now being located in the centre of its catchment area is fantastic news for the whole community.

“The wider benefits for the rest of the community are amazing and we would never have seen the investments at the playing fields without this project.

“I trust residents living close to the school will feel reassured by the Heights’ responsible and considerate approach.”