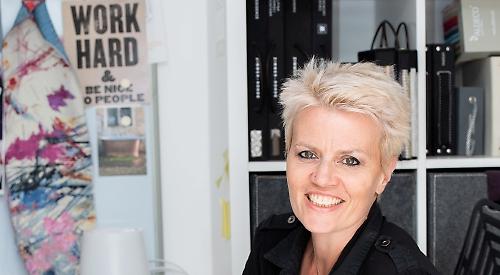 A growing number of local companies are calling on the Henley MP to support the Climate and Ecological Emergency Bill in Parliament.

The private members’ Bill, introduced by Green MP Caroline Lucas, would enshrine the UK’s commitments on climate change under the Paris Agreement into law.

It would ensure the country reduces greenhouse gas emissions to limit global heating to no more than 1.5C, account for our entire carbon footprint in calculating emissions and include measures to actively conserve and protect ecosystems.

The Bill also calls for the establishment of citizens’ assemblies to give ordinary people a say.

Mrs Schäfer says businesses understand the need for more government regulation as, although it woulc be difficult to adapt at first, this would be more effective than leaving them individually responsible.

She says the initial inconvenience is a small price for saving the planet.

Mrs Schäfer said: “It will also create opportunities as these exist in any situation — just look at how businesses have adapted to the coronavirus pandemic.

“Businesses and working professionals must get behind this so it isn’t just seen as the preserve of ‘rebels’ and ‘green’ types as we can all agree that something needs to be done.

“Our customer base also wants to see action so we must make clear to the Government that we’re ready for regulation. It’s the only way because, left to their own devices, people will always be tempted to take shortcuts.

“In an ideal world, people want to be free to do whatever they like but the stakes are too high. As David Attenborough put it, the economy and ecology need to come face-to-face.

“We’re hosting this year’s United Nations climate change conference so we should set an example and set ambitious targets. Reaching net zero carbon by 2050 isn’t good enough — it needs to be 2030.

“We can either procrastinate and only take action when we have to, which will be painful and lead to many deaths and extinctions, or we can try to make the most of things while we’re still on that ‘tipping point’. You can only put your fingers in your ears for so long.”

Mr Davies said: “We’ve been running pubs since 1779 and hope our business will thrive and prosper not only now, but for generations to come.

“In order to do this, we must safeguard our most precious asset, a thriving natural world, which is why we support the CEE Bill.

“We believe it will spur on the changes that are needed to protect the planet for our children and grandchildren.”

Mr Rodger-Sharp said: “People in Henley care a lot about this, which is a good thing.

“It isn’t easy for any business to make changes but we have to accept that we only have one planet and one chance to reverse some of these awful things that are going on with the climate and the natural world.

“There’s definitely consumer demand for greener products and businesses will need to adapt in order to stay relevant. It’s not a bad thing if it makes us think more carefully about the impact of our actions.

“We certainly feel a responsibility to be as green as we possibly can.”

Mr Howell has said he won’t vote for the Bill, which almost 100 MPs support to date, because it has “imperfections” that make it unviable and efforts to launch citizens’ assemblies in Canada haven’t yielded results.

He accepts climate change is the “all-important” issue of the day but says the Government is on track to address it through measures like generating more electricity from renewable sources.

Businesses can sign up to the open letter by emailing ceebillalliance.oxford@gmail.com

• The Bill was due to have its second reading in the House of Commons today (Friday) but this has been postponed because of the coronavirus pandemic.