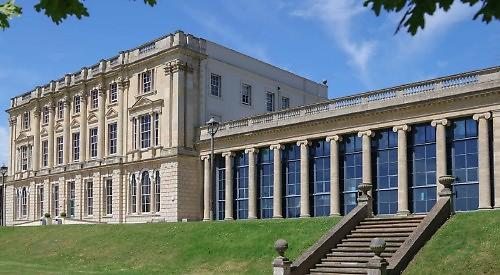 THE BBC’s former home in Caversham could be converted into flats for the elderly and a care home.

Beechcroft Developments, which specialises in luxury retirement homes, has invited people to register their interest in living at Caversham Park, a 93-acre estate off Peppard Road.

It first went on the market more than four years ago because the corporation wanted to reduce its property costs.

An anonymous bidder made an undisclosed offer but the deal apparently fell through.

The Henley Standard understands that Beechcroft is in negotiations with the BBC but estate agent Lambert Smith Hampton is still advertising the land for sale.

In a newsletter sent to prospective customers, the Wallingford developer said the retirement complex should launch in August 2022, subject to planning permission, and would offer “stunning views” of “mature grounds”.

It said: “This superb collection of new and converted two- and three-bedroom apartments and a care home enjoy a superb setting within 93 acres of formal gardens and spectacular parkland.

“The impressive Grade II listed mansion, Caversham Park, once home to the BBC, will be carefully converted to create stunning apartments and some new ones will be built within the parkland.”

The developer also listed the property on its website and promoted it through Twitter but deleted both a few days after local residents began discussing it on Facebook.

The estate was owned by various families of the landed gentry from the early medieval period until the Twenties and the current house was built in 1850 after the previous one burned down.

The grounds were designed by landscape architect Capability Brown in the early 18th century.

It was the home of the Oratory School, now based near Woodcote, from 1922 until it was sold to the BBC in 1941.

The corporation is offering part of the land on a freehold basis and the rest on a 999-year lease.

Lambert Smith Hampton says the estate is an “exceptional development opportunity” and suitable for conversion into housing or a “range of alternative uses” including potential new development within the grounds, particularly to the north.

It says it is working with the council and Heritage England to “discuss how constraints can be worked around sympathetically”.

Reading East MP Matt Rodda is urging residents to complete a survey giving their views on the site’s future. He said he didn’t oppose retirement housing but it should respect the site’s history and offer some public access, particularly to the grounds.

Mr Rodda said: “It’s an important building with large grounds which could offer a real benefit to the community if they were open at least some of the year — the more, the better.

“It has many original features, like the dining room with a Regency or early Victorian fireplace, which need to be protected and preserved.

“If Beechcroft are serious about pursuing this, I’d be very happy to talk to them and would urge them to work with the borough council, which wants to protect Caversham Park as a green space.

“There’s a need for quality housing for the elderly but it should be possible to achieve this worthwhile objective while looking out for the community’s interests.”

James Denny, the Labour candidate for Peppard ward in the Reading Borough Council’s elections in May, said the survey had produced more than 350 responses in less than a week.

He said: “The overwhelming view is that people want some kind of green space to be preserved without necessarily impinging on any potential development.

“There’s a lot you could do with it, including restocking the fishing lake, and this could work in harmony with whatever Beechcroft or anyone else is proposing.

“A lot of people in Caversham Park Village used to work at the site so there’s a lot of love for it and it could provide a real focal point in an area that’s mostly just houses.”

Clare Grashoff, the serving Conservative member for Peppard ward, said: “The retirement flats are an interesting idea and I’m not entirely against it but no planning application has been submitted. It’s hard to take a strong view without seeing all the details.

“It would certainly be better to repurpose the building for something that’s useful instead of allowing it to fall into disrepair. My understanding is that the historic parkland can’t be built upon.

“It’s a listed building so any application would have to respect that, while the borough’s local plan says the parkland should  stay accessible to the public and any developer will have to factor this in.”

Councillor Tony Page, the council’s lead member for planning, said: “I’ve exchanged emails with the BBC and the estate agent, who say legal processes are still in place and they can’t disclose who the preferred bidder is.

“In advertising this development, Beechcroft has acted speculatively, prematurely and irresponsibly as there’s no planning permission for the site and the borough’s local plan makes clear that any development will be conditional on maintaining the estate’s historic fabric and public access.

“It’s fine if they want to bid on the property with no guarantee that what they’re proposing will be allowed but they may end up seriously disappointed.”