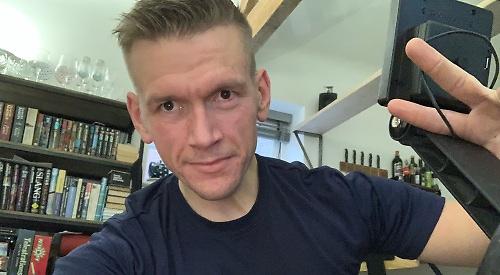 EIGHT members of Upper Thames Rowing Club have established an early lead in their challenge to row the length of the River Thames virtually.

They are taking on other teams from across the country and are currently in first place.

They’ve so far raised £1,400 and this will be divided equally between Help for Heroes and London Youth Rowing.

Mr Mills, 37, is a former design and technology teacher at the Oratory School in Woodcote who now teaches at Bradfield College.

He said: “It is only day two of seven, but we’ve made a good start. We stormed off to an awesome lead after our first day, covering 500 metres in one minute and 48 seconds on average. It is much better than we expected and we are much faster than our nearest competitors, which are Mossbourne Rowing Academy.

“It’s been tough and the first day felt hard to start off with. We are trying to manage our output as a group so that we can definitely complete it. We’ve called Thursday ‘don’t let the wheels fall off Thursday’.

“In terms of the rest of the group, I’ve been really impressed with their progress. Everybody is trying to keep their splits below one minute and 50 seconds and we’ve got one monster on the team in James who has been between 1:41 and 1:43 in all of his. He is by far the fastest so far on the team.”

The team from Upper Thames, who have called themselves UTRC Masters, have completed 37 per cent of the distance in seven hours and 48 minutes since Monday.

Mossbourne Rowing Academy have done 33 per cent in just over seven hours.

London Youth Rowing to reaches out to people from disadvantaged backgrounds and encourages them to enjoy the sport, while Help for Heroes provides lifelong recovery support to service personnel who have been wounded or injured in the line of duty.

Mr Mills says he and the rest of the team have been bouyed by the success of the fundraising and he is confident they have what it takes to hold onto the lead.

He added: “I’ve only been at the club for a year, but the guys chose Help for Heroes because they had a crewmate who took his own life after being in the Armed Forces. Seeing all the support coming in has definitely helped.

“I think we’ve got enough left in the tank to complete the challenge and do well. I’m apprehensively looking forward to my next stint this evening. Everyone is doing in with a different approach and it is lovely to have flexibillity over how you can tackle it.”