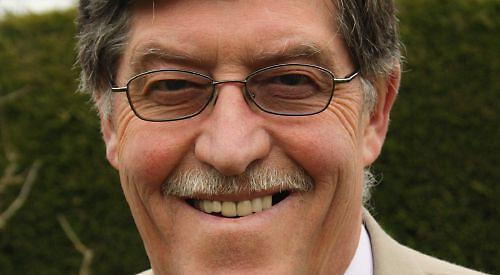 HENLEY’S representative on Oxfordshire County Council is hoping to retain the position for another four years.

Stefan Gawrysiak, who represents Henley Residents Group, is standing again in the local council elections on Thursday, May 6.

He will be up against Conservative candidate Paul Harrison, from Sonning Common, a former member of South Oxfordshire District Council.

Councillor Gawrysiak, who lives in Elizabeth Road, Henly, with his partner Catherine Notaras, is also a member of the district council and Henley Town Council and was Mayor of Henley in 2013/14.

He won the county council seat at the 2017 elections, defeating the incumbent David Nimmo Smith, a
Conservative.

He was recently made chairman of the county council’s planning and advisory committee.

Cllr Gawrysiak has overseen improvements to the roads in Henley.

He says that 4,000 pothole repairs have been carried out during his time in post and that almost £1 million has been spent by the county council, the highways authority, on Henley roads compared with a quarter of that in the previous four years.

He campaigned for the introduction of a 20mph zone through central Henley, which came into effect early last year, and for a pedestrian crossing in Greys Road which was also installed last year.

He has also led the drive for new crossings in Gravel Hill and in Marlow Road, near Swiss Farm.

Cllr Gawrysiak has also been part of the campaign to introduce a weight limit on Henley Bridge in order to stop heavy goods vehicles using the town as a short cut, damaging roads and historic buildngs, putting pedestrians at risk and adding to the town’s pollution problems. He was due to put a motion to the council on Wednesday calling for the 7.5-ton weight limit to be introduced.

Cllr Gawrysiak spent 30 years as a teacher at Gillotts School before retiring in 2013. He is a former governor of Badgemore Primary School and a trustee of the Chiltern Centre, which supports young adults with disabilities.

Gill Dodds, leader of Henley Residents Group, said: “I am proud that Stefan is our candidate for May. He lives in Henley and is independent of national party politics. He just puts Henley first and speaks with an independent voice for Henley.”

Mr Harrison is a senior application developer at SAS IT in Marlow who has lived in Sonning Common for more than 30 years. He has pledged to “revitalise” Henley after the coronavirus pandemic by working with colleagues on the Conservative-controlled county council and has called for a night-time trial ban of HGVs.

He was a member of the district Council for almost 20 years.

He was also on Sonning Common Parish Council for several years until 1999 when he was elected to the district council for the Henley division.

He served one term before losing his seat and then won a by-election in 2005 to represent Sonning Common division.

He then lost that seat in the elections in May last year to Leigh Rawlins, also from Sonning Common, who was standing as an independent but later switched to the Liberal Democrats.

Daniel Bausor, chairman of Henley Conservatives, said: “Paul has been part of the Henley community for the last 25 years.

“He has experience in and understands business and was cabinet member for economic development and regeneration at the district council. Paul would make a real difference to Henley and drive positive change.”