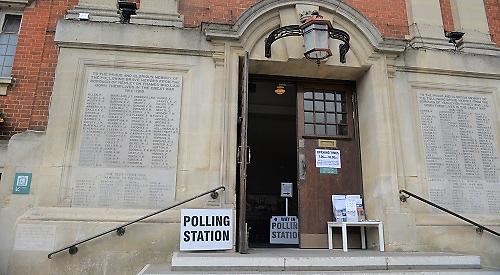 VOTERS are heading to the polls for the local elections today.

Polling stations are open from 7am to 10pm, with people being asked to respect coronavirus guidelines and to bring their own pens and pencils.

Votes are also cast for the Police and Crime Commissioner for the Thames Valley area.

The elections for Oxfordshire County Council were postponed last year when the pandemic hit, which means the incumbent for the Henley division, Stefan Gawrysiak, of the Henley Residents Group, has served for the last five years.

There are also candidates in Sonning Common, Goring, Watlington and Benson.

Wokingham elections include Wargrave and Charvil, which have one place each. Buckinghamshire accounts for the Chiltern Villages ward, including Hambleden, Fawley and Medmenham, with three seats up for grabs.

Reading’s elections include Caversham, Mapledurham, Thames and Peppard, with one councillor to be selected in each ward.

The counts for local by-elections and neighbourhood plan referendums will take place tomorrow, while the count for Oxfordshire County Council is on Sunday, May 9.

Many more people are expected to submit a postal vote this year.

Residents voting at the polling station at Henley Town Hall said they found the experience both "safe" and "lonely".

Andrea Smith, 73, of Paradise Road, said: “It was easy to vote and the polling station was very well organised, there was lots of help available.

“I definitely expected more people to be there to vote though.”

Danny Hall, 76, of Binfield Avenue, said: “It felt rather lonely but it was very well organised and safe.”

Lyn Goodwin, 75, said: “There were not many people in there when I went in to vote, probably only three other people voting at the same time as me.

“It was very swift and easy and very well planned.”