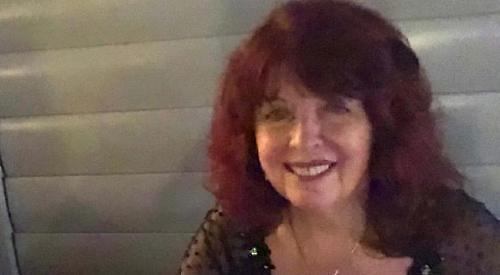 THE new chairman of trustees at the Kenton Theatre in Henley has pledged to operate with “integrity and transparency”.

Julie Huntington was responding to questions about the governance of the New Street venue at its annual meeting held virtually on Wednesday last week.

This included one of the largest losses in the Kenton’s history, several changes to the theatre’s management and a row with Henley’s Children’s Theatre, one of its longest-serving customers.

Emily Smeaton asked Mrs Huntington at the members-only meeting whether something could be put in place to “stop the chair of trustees causing financial and reputational damage”.

Mrs Huntington replied: “It is up to us to operate with integrity and transparency and to not attract anything which is bad for the theatre.”

Jo Dickson, former co-chair of the Henley Youth Festival, asked whether the trustees could reassure local charities that they would receive favourable terms to hire the Kenton.

Simon Spearing, who took over as manager in February, replied that the theatre was “absolutely committed” to working with local groups.

He said: “We are part of this community and without the involvement of the community groups there’d be no point of the theatre.

“Rates won’t change this year and we’re looking at ways to improve the service. It’s essential to get young people into the theatre.

“Hopefully they will come and enjoy their time here and be doing my job in 20 years’ time.” In a report to members, Mrs Huntington said she was “optimistic” about the future of the Kenton after it was forced to close for more than a year because of the coronavirus pandemic.

She said: “We’ve been following the government guidelines for the safety aspects.

“From the aesthetic point of view, the dusters and paint cans have come out.

“Financially, the projections for the year are optimistic and there are grants we can consider applying for and the Kenton for Keeps campaign is still up and running.

“It’s ironic that we can open in the summer, when it’s normally our quietest months, but close in August as all the maintenance that would usually take place has been done.

“It’s intended to become a regular part of our summer programming.”

Members voted to adopt the 2020 accounts, which recorded an operating surplus of £5,000.

The theatre was supported through the pandemic with a £35,000 grant from Arts Council England and £21,000 in business support via South Oxfordshire District Council.

Another £26,000 came from fundraising efforts and donations.

Mrs Huntington said the theatre would be staging performances outdoors in various venues around Henley while it gets back on its feet, branded the Kenton Theatre Road Show.

Morgan & West — The Three Musketeers will take place at Henley Rugby Club on July 24 with a retelling of Alexandre Dumas’s story.

Performances of The Wind in the Willows will take place in the gardens of Peel Fold in Mill Lane.

The theatre and box office will re-open on Monday, subject to the coronavirus restrictions.

Mr Spearing, who was previously manager of the Theatre Royal in Winchester, said he was excited to “push the boat forward”.

He said: “We’ve had a lot of covid procedures put in place to make sure people feel safe when they come back here and we are very keen to have everyone back.

“We want to make sure people who visit feel safe.

“We would also very much like to work with local charitable organisations and groups as the next two years will be tough for all of us as we rebuild and start again.

“We need to make as many links and relationships as we can.

“It’s going to be difficult this year, especially with the expenditure on making sure the building is ready.

“In terms of communication, we have a lot to talk about, not least the panto.

“It’s my favourite time of year and it’s far enough away that we can have confidence we’ll be back into a normal time by then.

“On a personal note, I want to talk about the importance of community more. It’s important that we listen and learn and act.”

Two of the three trustee vacancies have been filled. Judith Terry has agreed to continue for a second three-year term while Jack Maple, a West End theatre producer and former pupil of the Oratory School in Woodcote, was elected for the first time.

Lottie Pheasant was introduced as the new secretary to the board of trustees.