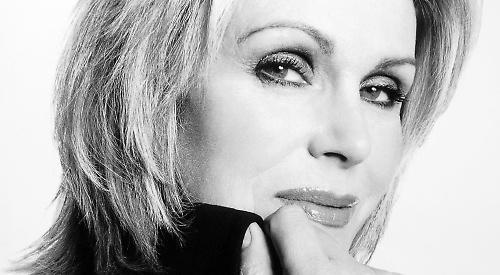 THE director of the Henley Literary Festival is ready to cope with almost all eventualities caused by the cornavirus pandemic at this year’s event.

Harriet Reed-Ryan said she was planning for smaller audience numbers in line with the current covid-19 restrictions and could move talks online if there was a sudden rise in cases.

This year’s nine-day festival in October will be the 15th and the first since last autumn’s event, which had to be held virtually because of the national lockdown.

The events will be held in a large marquee in the grounds of Phyllis Court Club, Christ Church in Reading Road, the town hall in Market Place and the River & Rowing Museum in Mill Meadows.

Each one will start off with a reduced capacity but this will be scaled up as soon as restrictions allow.

The marquee’s capacity is 500 spectators but this has been reduced to between 300 and 350. Christ Church can take 350 people but this year the number will be cut to between 150 and 200.

The capacity of the Queen Elizabeth II hall in the town hall has been reduced from 200 to 70 while between 50 and 70 people will be able to attend talks at the museum, compared with 110 normally.

After the success of last year’s virtual festival, more than 50 events will be streamed online.

Mrs Reed-Ryan said: “We have organised a festival that can happen tomorrow if we needed it to.

“The safety of everyone is vital so all the decisions we have taken are to ensure that we can hold the festival within the current restrictions. We will issue tickets on the basis of reduced capacity and then more later when we are able to.

“We will continue to work with whatever the government guidance is at the time.

“We are prepared to do things like having one-way systems in place at the venues, random temperature checks of our audiences and for everyone to wear face masks. There will also be hand sanitiser available.

“I really hope that what we have seen with the trend for reading and buying books during the lockdowns means people will want to come. Holding the festival online last year was really popular so we want to have a virtual component this year as well.”

Mrs Reed-Ryan said the festival would struggle to cope with another lockdown.

“The financial impact would be huge,” she said. “Our aim this year is to cover our costs and to make sure the festival survives. We need as much support as we can get.”

The festival will take place from Saturday, October 2 to Sunday, October 10. Tickets will go on general sale on Monday, July 19, the day all social distancing restrictions are due to be lifted.

The director said she was particularly looking forward to hearing radio presenters Fi Glover and Jane Garvey share stories with guests from radio and television.

The pair host the Fortunately... With Fi and Jane podcast, which Mrs Reed-Ryan said “got me through lockdown.”

Other speakers include two of the leading scientists behind the Oxford AstraZeneca vaccine, Dame Sarah Gilbert and Dr Catherine Green, while mental and physical health will be covered by doctors Rachel Clarke, Alex George, Lucy Pollock and Emma Hepburn.

As in previous years, there will be a number of people from the world of politics, including Ed Miliband, William Waldegrave, Alan Johnson, Vince Cable, Ed Balls and Theresa May’s chief of staff Gavin Barwell.

History will be covered by Max Hastings, Jeremy Paxman, Lucinda Hawksley and others.

There will also be a post-festival pop-up event on October 28 with actress and TV presenter Joanna Lumley talking about her new book, A Queen for All Seasons, in celebration of the Queen’s platinum jubilee next year.

Attractions for children include Michael Morpurgo with a special event surrounding Carnival of the Animals and Rob Biddulph, who kept people entertained during lockdown with his #DrawWithRob illustrations.

Broadcaster Clare Balding will present her children’s book Fall Off, Get Back On, Keep Going: 10 Ways to Be at the Top of Your Game and Stuart Lawrence, brother of Stephen Lawrence, will offer inspiring words for young people as he discusses Silence is Not An Option: You Can Impact the World for Change.

For more information, call the box office on (01491) 575948 or visit www.henleyliteraryfestival.co.uk