Campaigners turn up heat on climate 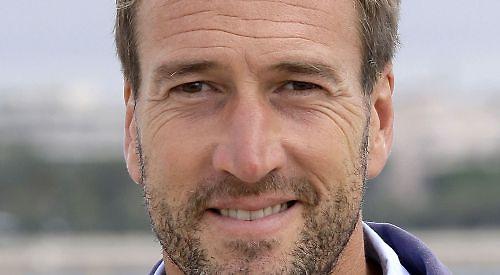 AN adventurer and broadcaster who lives near Henley is urging the Government to take drastic action to limit rising global temperatures.

Ben Fogle wants the town’s MP John Howell to support the Climate and Ecological Emergency Bill, which would commit the UK to doing all it can to prevent an increase of more than 1.5C.

The private members’ bill, which received its first reading in the House of Commons last month, also calls for the protection and restoration of natural ecosystems and the formation of “citizens’ assemblies” to propose green measures.

Fogle, who lives in Fawley with his wife Marina and children Ludo, 11, and Iona, 10, is sounding the alarm as part of the national Zero Hour campaign to have the bill passed urgently.

He says the effects of climate change are already being seen in events like the floods which swept through Germany and Belgium this week, killing scores, and this will only get worse with time.

If global temperatures are allowed to rise by 2C, the sea level around more than 70 per cent of Earth’s coastlines could rise by more than 20cm and more woodland and rainforests could be lost to wildfires.

The campaign argues the Government must act now or it will soon be too late and is supported locally by the Greener Henley pressure group and businesses including pub company Brakspear, baby food manufacturer Ella’s Kitchen, of Rotherfield Greys, Hobbs of Henley and the Henley Business Partnership.

Fogle, who moved to the area about 18 months ago, says he fears for his children’s future and they have always encouraged him to support the environment as they are learning about the climate and ecological crisis at school.

The 47-year-old, who is an ambassador for the World Wildlife Fund, was asked to get involved by the CEE Bill Alliance Oxfordshire pressure group about a month ago and agreed immediately.

He said: “I’ve always been aware of our impact on the environment and have seen it first-hand on my travels. I’ve seen the devastating impact of climate change and the destruction of nature almost everywhere I’ve been, from the Amazon to the Arctic and from the mountains to the oceans.

“Some people of my generation believe they can bury their heads in the sand and, if they’re lucky, they might just get away with it apart from some hotter weather and increased flooding in Henley, which is already a problem. However, our children and grandchildren won’t be able to avoid far worse consequences and this is a chance for post-Brexit Britain to become a leading nation in the area of green industrialisation.

“By passing this bill, we’ll be able to hold our heads high internationally and become leaders rather than followers.

“People are very nervous about changing the status quo but we have to be brave and realise that this is a good thing — it isn’t about seizing power or detracting from democracy, as some people have suggested.”

Fogle says the bill should attract lots of support in Henley because of the number of “green” initiatives which has been set up including the Warriors on Waste litter cleaning initiative, founded by Mrs Lambourne.

Fogle, who scaled Mount Everest for charity in 2018, said: “We’re lucky to live in such a beautiful area with so many natural resources and there’s a growing passion for protecting these. We should be setting an example to the world and celebrating what we’ve achieved.

“There’s a saying that selflessness is growing a tree whose shade you’ll never sit under and that’s very apt in this case. We might not see the full benefit of limiting our environmental impact but future generations will pay if we don’t.”

Mr Howell says he supports the campaigners in principle but claims the climate bill has “imperfections” which make it unviable and attempts to launch citizens’ assemblies in Canada have proven ineffective.

He says climate change is the “all-important” issue of the day but the Government is on track to address it through measures like generating more electricity from renewable sources.

But Fogle said: “I’d like to hear what those imperfections are, and exactly what reservations Mr Howell has. It’s a very convenient way of dismissing the bill but having gone through the bill with Greener Henley, I can’t see any flaws.

“You’ve only got to look at this week’s floods in Europe or the record temperatures recorded in California this month to see there’s a problem. These things don’t just happen in faraway places and nobody will be immune from the consequences in the end.

“My children are very pleased that I’m supporting this because they’ve pushed us to get electric cars and a heat exchange system for the house and also want us to get solar panels. They also prefer us to avoid travelling where it isn’t necessary.

“I think it’s the same in many households because children are acutely aware of the dangers we face and that gives me great hope that we will take action.”

Patrick Fleming, the chairman of Greener Henley, said: “It’s great that someone in the public eye like Ben is involved in this campaign. He is incredibly positive about it, as well as the idea of Henley setting an example as an ‘eco-town’. He will be a real standard- bearer.”

Mrs Lambourne said: “This is our way of demanding change and making absolutely clear that we can’t afford to wait because we’re running out of time. The more support we get, the more people will realise we’re making a serious point. If we don’t take this opportunity now, the consequences will be our own fault.”

She said: “We’re so delighted that Ben is on board with the new Zero Hour campaign, which is a huge boost to our efforts locally and nationally.

“We had a wonderfully positive meeting with Ben about how we can build upon the fantastic work that is already being done to make Henley a model ‘green’ town. His energy and enthusiasm is really contagious, and this positivity is so important to hold on to when discussing this emergency, which can be a challenging subject.”

The climate bill, which was drawn up by Green Party MP Caroline Lucas and is supported by more than 110 MPs and peers from several parties, will be debated in Parliament in September in the run-up for the COP26 international climate conference at Glasgow in October.

Businesses, schools and other organisations are encouraged to sign an open letter to Mr Howell and other Oxfordshire MPs to back the bill, which may be found at ceebillalliance
oxon.co.uk/open-letter