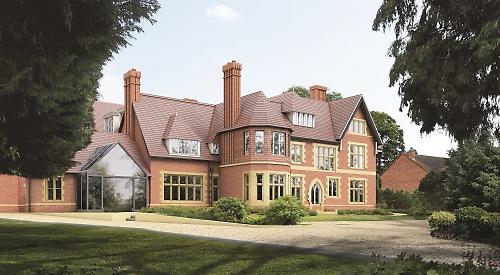 A FORMER care home in Whitchurch has been put up for sale following a long-running planning battle.

Eastfield House, which has remained derelict since it closed in 2016, is being marketed by Christie & Co, of London.

The agent, which is inviting offers to buy the freehold, says Whitchurch is a “highly affluent and picturesque location”.

Majesticare, which owns the building, obtained permission to demolish modern extensions and then expand the original Victorian building in 2013.

South Oxfordshire District Council, the planning authority, has confirmed that this remains valid because the company started the initial groundworks, although it didn’t finish the project. This means any buyer would have the right to expand the property from 27 bedrooms to 45, all with modern features including en-suite bathrooms and level internal floors.

In 2018, when Majesticare was seeking consent for a more extensive refurbishment with 48 beds and additional facilities, its consultants said the previous plan was effectively not worth pursuing as it would be more viable to demolish and rebuild the home.

They said: “We do not feel there is any significant merit in retaining the existing façade, although it could be reflected in a new-build structure.

“Trying to build a new structure around the existing one will only incorporate unnecessary compromises for little benefit.

“In our opinion, the structure in its current position simply being refurbished is not economically viable and will create compromises... this presents an uneconomic and compromised solution.”

At the time, Christie & Co expressed a similar view, saying the 45-bed scheme “falls short of current market standards and is constrained by an inefficient layout”. It said Whitchurch had a “strong affluence profile” with a “good opportunity to capture private fee-paying residents”.

Majesticare, which first sought permission to extend the building in 2011, then made several attempts to obtain permission for the larger scheme but these were rejected by both the district council and planning inspectors on appeal.

The proposals were opposed by Whitchurch Parish Council as well as neighbours who criticised the company for letting the home fall into disrepair and become a target for vandals.

Jim Donahue, who chairs the parish council, said: “We’re very keen to protect the building as it’s an important part of our conservation area so we’re pleased that Majesticare aren’t making another attempt to tear it down.

“The various planning applications have caused a lot of trouble so hopefully any buyer will seek to comply with planning regulations. They could run it as a care home but there are so many other options for this beautiful building.

“It is a shame that it has been closed for almost five years and although the council has held no discussions, I’d personally like to see it developed in a more sustainable way.”