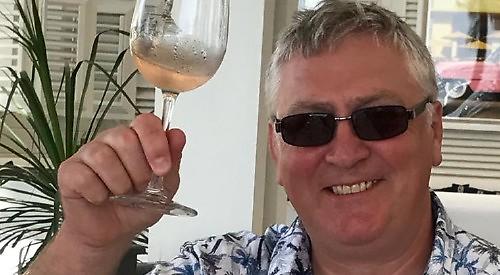 A WOMAN is attempting to cycle, walk and run 541 miles in six weeks for charity.

Katie Roberts, of Icknield Road, Goring, is trying to cover half the distance between Land’s End and John O’Groats in memory of her brother-in-law John Nicoll, who died of osteosarcoma, a form of bone cancer, in August last year.

The other half will be undertaken by Mr Nicoll’s son, James, 23, who lives in Upper Basildon with his mother Louisa, who used to be a ward manager at the former Sue Ryder hospice in Nettlebed.

Mrs Roberts and her nephew came up with the idea after taking part in other challenges while Mr Nicoll was still alive, including the Windsor and Bristol half marathons.

They did no training before they set off on August 1 but each has so far averaged 12.9 miles a day on exercise bikes as well as walking or jogging around public footpaths near their homes.

Sometimes they cover up to twice this distance to give themselves a day off and they intend to finish on September 11, which will mark the first anniversary of Mr Nicoll’s funeral at Thatcham crematorium.

On their last day they will meet friends, family and Mr Nicoll’s former colleagues at the Thames Valley Police training centre in Sulhamstead, where he used to work as a detective.

The pair are raising money for Sarcoma UK and also want to raise awareness of the illness because Mr Nicoll was initially misdiagnosed, which is common.

A growth on his kneecap initially appeared to be a fracture and he was wrongly prescribed physiotherapy in 2016 before doctors realised it was more serious.

He then underwent nine operations, including amputation of the affected leg in 2018, and five rounds of chemotherapy but this failed to stop the cancer spreading. He was cared for in his final days by Sue Ryder’s outpatient team at the Duchess of Kent hospice in Reading.

Mrs Roberts, 34, who works in marketing and lives with her husband Ben and two-year-old son Max, said: “Sadly, the disease isn’t that well known and we’re extremely keen to educate people about it.

“At first James and I couldn’t decide what to do but it became obvious when we realised we both had bikes at home.

“It feels strange to be doing it separately so we’re constantly updating each other on our progress.

“There’s definitely a competitive element. I took the other day off to relax with some friends and James said he felt pressure to catch up because I’d done more than him the day before.

“It is quite tiring — I managed six miles this morning, then went out for a quick walk and will probably cycle a few more miles this evening, which isn’t easy to juggle with a young child and a job. My energy still comes from the novelty factor for now but hopefully I’ll be able to keep it up as the days and weeks pass. I know it’s going to become more tiring but I’m mentally prepared for that.”

Mrs Roberts said: “We knew we wouldn’t raise the £6,000 or so we’ve managed through previous challenges but we’re really thankful for everybody’s support, which has kept us motivated even though we’re not in great shape.

“We’re still finding it easy to get donations because everyone remembers John as an amazing guy and wants to do whatever they can in his memory.

“Louisa is really proud of what we’re doing. She’s a member of our WhatsApp group and we have a little celebration every time a donation comes in.

“We’ve all been blown away by how successful it has been.”