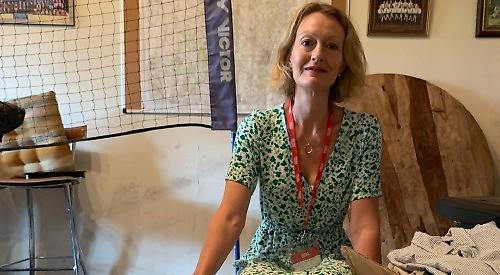 TWO women from the Henley area are helping to support refugees who have fled Afghanistan.

Sam Jonkers and Emma Clark Lam have begun helping to resettle dozens of individuals and families with young children and are expecting hundreds more.

The Government has pledged to accept 20,000 people in the wake of the Taliban taking control of the country following the withdrawal of the US military.

Councils from across England have committed to taking refugees who are being flown out of Kabul airport with support from the helicopter force from RAF Benson.

Mrs Jonkers, from Lower Assendon, is the regional lead for the Care4Calais refugee crisis charity for the Thames Valley, which is appealing for donations of clothes and basic essentials to help them when they arrive.

She said: “Those seeking asylum arrive with practically nothing. They need a change of clothes, sanitary items, a pair of shoes and phones.

“A lot of people think that having a smart phone is a luxury but that is the only way that people can communicate. The Home Office work via email and they need to make things like medical appointments and they need to be contactable.

“It is terrifying leaving your home. I had a conversation with a man yesterday who was with his wife and two children and he had me in tears.

“He said that a short time ago he had a home, both he and his wife were in work and his children were in school and now he was begging for a second pair of shoes for his son. This is not a disaster happening far away, these are real people like us.”

Mrs Jonkers, who owns Jonkers Rare Books in Hart Street with her husband Christiaan, said the situation was constantly changing.

She said: “It is quite unpredictable in terms of what the needs are but we will probably receive
hundreds of refugees here and the demographic does change.

“We have received about 50 people so far, made up of individuals and families and on the whole most people are quite stoic. They don’t say much about what they have been through.

“I think pretty much everybody who we deal with would much prefer to be in their own home with their family but they have fled because they are terrified and have good reason to fear for their life.”

Mrs Jonkers regularly receives calls and emails asking for help in getting more people out of Afghanistan and says she feel “helpless” as there is nothing she or the charity can do.

But once the refugees are in the UK, the charity does what it can to create a social network for them and equip them with what they need to cope, such as providing English lessons.

She said: “While waiting for their asylum claims to be processed, which usually takes around a year, they have no right to work or access funds.

She added: “There has been an enormous response from the people of Henley and the surrounding area in terms of donations.

“But that does mean that our logistics are stretched so we are in need of more space and volunteers to be able to sort donations before we can send them out to the people in need.”

Mrs Jonkers began working for the charity about a year ago, inspired by her mother Val Johnstone, who set up a refugee charity near Toulouse where she lived for 20 years.

Mrs Johnstone recently moved back to the UK and is currently living with her daughter and is helping her with the charity’s work.

Mrs Clark Lam, who lives in Paradise Road, Henley, said she and Mrs Jonkers had been trying to sort through donations of clothes.

She said: “We have been trying to gather donations to provide clothing as the refugees basically arrive here in what they are standing in.

“I know Sam’s house is filling up with donations and I have quite a few in my house, too.

“We have been putting out requests on all our social media channels and all those also in our group have asked our neighbours, friends and family. Specifically at the moment we need clothes for young men.”

Mrs Clark Lam, who has lived in Oman and Abu Dhabi, said the charity received refugees regularly but the fall of Kabul to the Taliban was the “catalyst” for stepping up their appeal.

She feels it is the UK’s duty to do what it can to help the people of Afghanistan after it supported the American invasion in 2001.

She said: “It is heartbreaking to see and it is galling that we have spent two decades trying to sort out a solution and then leave them to cope for themselves.

“What I am most concerned about is the new generation of young people who did not grow up under the Taliban, particularly women, who have enjoyed things such as going to the café — things that we take for granted — which they won’t now be able to do. It is a massive step back.

“I have been helping refugees since the Syrian civil war and I got involved with Care4Calais in
January.

“I have lived abroad so I understand what it’s like living in another country that’s not yours and you need to show compassion to people.

“You don’t expect to suffer the stuff of nightmares in your own country. As a rich, western country, we should be doing our bit to help.”

For an up-to-date list of required donations or to volunteer or offer storage/sorting space, email Reading@care4Calais.org