Park and charge scheme to boost electic vehicle use 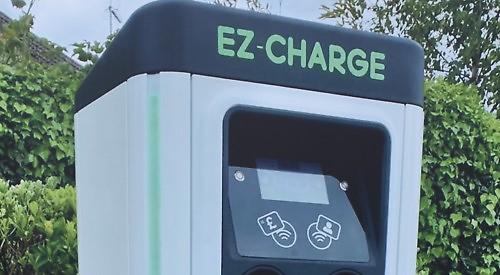 Oxfordshire County Council, the highways authority, wants to install the devices in car parks across the county in a bid to help drivers make the switch to electric.

One possible location is the South Oxfordshire District Council car park in King’s Road, where there are already two.

The county council staged a roadshow in the car park on Friday where members of the public could speak with representatives of EZ-Charge, which is working on the “park and charge” scheme with the council.

A car could be fully charged in a few hours or overnight.

Jenny Figueiredo, the council’s EV charging projects manager, said: “The chargers would be very helpful for those who don’t have access to one at home, either because they don’t have a driveway or they rent privately.

“Up to 40 per cent of Oxfordshire residents are in this position and many are in Henley, which has a lot of narrow streets with terraced housing. The scheme is being heavily subsidised so we can install the chargers in the areas of greatest need and we’re hoping to confirm the South Oxfordshire locations soon.”

Drivers were also able to test drive one of several electric vehicles and Mrs Figueiredo said this had proved popular. She said: “Everyone who had a go was enthusiastic. It has made people feel easier about the ban on new petrol and diesel vehicles, which is coming in 2030.”

Henley Town Council’s climate emergency working group has estimated that there are about 1,600 homes in Henley without off-street parking.