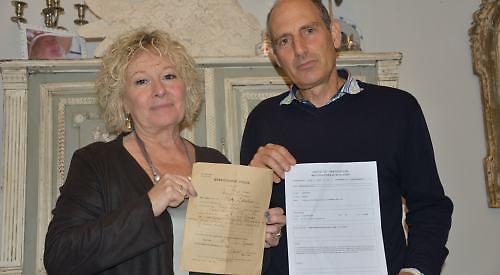 AN environmental campaigner from Henley who was arrested at a demonstration nearly two years ago has finally been cleared.

Police have told Ed Atkinson that they will not be taking any action against him and have agreed to delete their records of the incident.

Mr Atkinson, 59, of Queen Street, was arrested while taking part in the Extinction Rebellion demonstrations in London in October 2019.

He sat in the road to help block Whitehall but claims the Metropolitan Police officers acted unlawfully.

“I still have no regrets and I stand by what I did,” he said. “It feels like I have closure now.”

Mr Atkinson and his wife Maggie, 66, were among several people from the Henley area who attended the demonstration and were both dressed as bees to highlight the threat of their extinction from climate change.

The protest was part of a long-running mass civil disobedience campaign by XR in central London to highlight the climate and ecological emergency.

Thousands of people attended, despite a city-wide ban on protests, and shut down parts of Westminster. Hundreds were arrested for refusing to comply with police orders.

Some campaigners glued themselves to government buildings and Prime Minister Boris Johnson called them “unco-operative crusties”.

Mr Atkinson was warned and then arrested for failing to comply with a Section 14 notice, which allows the police to place conditions on public assemblies if they fear serious disruption would be caused.

He was taken to Brixton police station but was not charged before being released under investigation.

He had still not been charged after six months, which is the usual time limit for offences of this type.

Mr Atkinson claims his arrest was unlawful because of the way the police exercised their powers.

He said: “A Section 14 notice was issued the following week and a number of Extinction Rebellion protesters were arrested. This was challenged in court and two senior judges ruled that the decision to impose the ban was unlawful.

“The ban used to arrest me was not covered by his judgement but the legal opinion is that the same issues apply and if my case was challenged in court the same judgement would be made.

“This conclusion is supported by the fact that the Metropolitan Police then ceased to charge Extinction Rebellion arrestees with failure to comply with notices. I can only
conclude that my arrest was unlawful.”

The Met told him that its decision not to take any action against him was not an admission of liability.

Mr Atkinson defended XR, saying it was upholding a long-running tradition of people being willing to break the law in a peaceful manner to drive change.

His grandmother, Kate Le Lacheur, was arrested as part of the Suffragette movement a century ago.

He also argues the demonstration was justified because governments around the world are not doing enough to tackle climate change.

Mr Atkinson said: “The report that came out from the Intergovernmental Panel on Climate Change at the end of July shows that we were right.

“The climate emergency is desperate but there is still hope for action to make it less awful. The level of action required is nothing like what western governments are delivering at the moment.

“We should have taken action years ago and that is why action is desperately needed now. The action being taken across the world is woefully inadequate.”

The Atkinsons, who have two daughters, Emily, 31, and Rosie, 29, and a two-year-old granddaughter, have been foster carers since 2003 and were concerned that Mr Atkinson’s arrest might prevent them from looking after children.

He said: “There was no immediate harm being done but social services were keen to see the end of it. We have another grandchild on the way and they are another big reason why we do this. Their future really worries us.”

Mrs Atkinson avoided arrest at the demonstration in case it affected their eligibility to look after children. “It was for no other reason,” she said. “The local authority takes a parental responsibility for those children and then delegates that to us.

“We love what we do and it is all about purpose. They were still happy for us to keep doing it. They trust us and they’ve been very understanding.”

Mr Atkinson added: “They are rightly concerned that people who have had brushes with the law should not be associated with the children. They understand that peaceful protest is not a danger to the children but they were worried about the procedures. They were absolutely delighted when the six months went by without me being charged and having my record deleted is another layer of reassurance.”

Extinction Rebellion has now begun more protests in London but the Atkinsons say they can’t attend because of their fostering duties.

Mr Atkinson said: “We hope we don’t have to campaign forever and that governments will start to listen. They are beginning to wake up but they are only just starting.”

Matt Twist, deputy assistant commissioner of the Met, said: “Like everyone else, Extinction Rebellion has the right to assemble and the right to protest.

“However, these rights are qualified and are to be balanced against the rights of others. They do not have the right to cause serious disruption to London’s communities and prevent them going about their lawful business.”