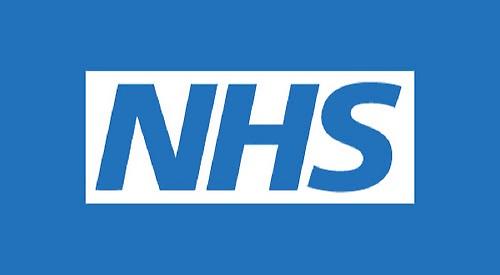 DOCTORS’ surgeries are postponing flu jab clinics because of a delay in vaccine deliveries.

They are doing the same with some blood tests due to an international shortage of blood bottles.

Practices across the Henley area were due to start vaccinating the over-50s and those with respiratory conditions from this week.

The delay, which is caused by the ongoing road freight problems across the country, is currently expected to last two weeks but GPs have not yet been able to reschedule their first clinics.

Dr William Hearsey, a partner at the Hart Surgery in York Road, Henley, and the Henley Standard’s Apple a Day columnist, said: “Every surgery will be dealing with this.

“We had a flu vaccine delivery scheduled and we’re now unsure if it will arrive. We have our first flu vaccine clinic arranged but we now don’t know if it will be able to go ahead.

“We advise patients to check practices’ websites and be understanding as it’s not our fault.” The neighbouring Bell Surgery has cancelled its flu clinic due to be held tomorrow.

Practice manager Louise West said: “We don’t know when our delivery is now due. We’ve just been told it has been delayed by one to two weeks.

“We’re hoping to find out soon because we’ve got 600 people booked in to have one.

“We were hoping to vaccinate people earlier this year but now it will probably end up being at the same time as normal.

“Thankfully, it’s sunny weather at the moment. If it was colder people might be more concerned.”

Anne Sadler, practice manager at Nettlebed Surgery, said its flu clinic planned for the end of this month would only go ahead if its vaccine delivery came through in time.

She added: “It’s causing logistical problems because these things take planning. Some patients are concerned that vaccines are going to be late and people are more anxious to get the vaccine this year because of covid.”

John Lisiewicz, practice manager at Sonning Common Health Centre, said: “Our delivery has been delayed by a couple of weeks, so we’ve had a delay in commencing our flu programme.

“It’s frustrating for our patients and us but it’s clearly out of our control. Hopefully, patients will understand that.”

Meanwhile, practices are also cancelling all non-urgent blood tests due to an international shortage of blood bottles.

They are following NHS England guidelines to only offer urgent blood tests until next Friday. This means more routine tests, such as annual cholesterol checks, are being delayed.

Tests classed as urgent that will go ahead include those for suspected cancer and sepsis and those essential for the safe prescribing of medication.

GPs hope to get deliveries through after this date but are uncertain what will happen if the shortages continue and are urging patients to be understanding.

Ms West said: “Normally, we can help patients out by giving them blood tests here so they don’t have to drive into Reading.

“We’ve been told we’ve got to do only so many a week, so that’s causing concern for patients who now have to drive into Reading even for urgent blood tests. We’re having to prioritise and we hope to get more bottles soon.”

Dr Hearsey believes the shortage of blood bottles is also due to the numbers that were used during the pandemic.

He said: “Back in May, the main manufacturer got in contact with NHS England about the shortage and now it has come down the line that we need to be only testing the most urgent.

“We hope to get more through next Friday. What we don’t want is to run out and not be able to do urgent tests. We’re not booking any more new appointments. We are awaiting news in the next week.”

Mr Lisiewicz said: “We’re in the same boat as everyone else in the country.

“At the moment we’ve only needed to cancel two appointments but we may have to do more.”

Ms Sadler said the combination of the blood bottle shortage and the vaccine deliveries was proving to be a challenge.

She said: “It’s a couple of things thrown in on top of the current situation.

“The majority of our patients are very understanding, they trust that we are on top of the situation and will keep them notified, which makes a big difference.”

The Goring and Woodcote Medical Practice and Emmer Green Surgery are currently contacting patients who are booked in for a blood test to inform them their appointments have been cancelled.

There is a shortage of both gold and purple topped bottles, which are the most common types. They are coloured to indicate which labs they will be sent off to. Purple bottles are used to test haemoglobin in blood and gold bottles test liver function, among other things.

Becton Dickinson, the company that manufactures most of the tubes the NHS uses, says covid has created the most unpredictable demand in 70 years.