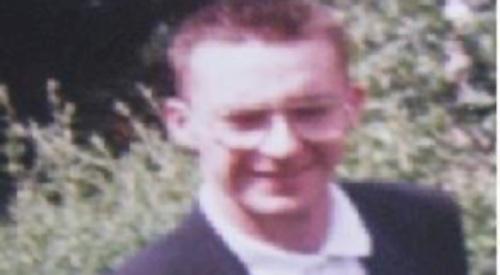 A PLAQUE has been unveiled in memory of a youth who was murdered more than 30 years ago.

Trent Whitehouse, 19, was killed in a knife attack at a nightclub in Church Street, Caversham, on November 5, 1988.

The plaque was unveiled on Sunday by a group of Trent’s friends at the sports pavilion at Mapledurham playing fields in Caversham Heights, where the club play their home matches.

It features a poem written by Darren Scott, a friend of Trent, who attended Highdown School and Sixth Form Centre in Emmer Green.

The club thought it would be appropriate to raise awareness of knife crime following the death of Olly Stephens, 13, another Highdown pupil, who was stabbed twice at Bugs Bottom fields, between Hunters Chase and Gravel Hill, Emmer Green, in January.

Two 14-year-old boys were convicted of murdering him at Reading Crown Court in July and are due to be sentenced on Monday, together with a 14-year-old girl who admitted
manslaughter.

Olly’s parents, Stewart and Amanda, attended the unveiling of the plaque as part of their work with the police to raise awareness of knife crime.

Reading East MP Matt Rodda also spoke at the ceremony, which was attended by about 100 people.

Darren Barrett, who was Trent’s best friend, said he felt honoured to talk about his friend and the origins of Caversham Trents. He said: “He was a victim of knife crime. Back in those days we didn’t get much help as friends of an individual in such tragic circumstances.

“I got together with a few really close friends and we decided the only way we could deal with the situation was through building on our relationships as friends.

“The one thing we all had in common was football — we loved football. About 40 years ago we were in this park and we used to play football and those were the days when it really was jumpers for goalposts.

“We decided to set up a team in Trent’s honour and we named it Trentonians. The team went from being a pretty low league team to being really well-respected.”

Mr Barrett said the plaque was made years ago and was supposed to be on display at Highdown but it was misplaced until Allan Tyrrell, who also attended the school, found it at a scrap metal yard which was closing down.

Deano Jones, another friend of Trent’s, who used to manage Trentonians FC, kept the plaque safe until it was decided what to do with it.

Mr Rodda, whose son played for Caversham Trents, said knife crime was “the most awful scourge” on the community.

He said: “The only way to fight it is with people coming together and that means we all need to work as one.

“This is part of a bigger picture of us all trying to tackle the horror of knife crime, which has unfortunately struck Reading very hard in the last few years.

“We all need to come together and intensify these efforts and warn young people particularly about knives.”

Addressing Mr and Mrs Stephens, Mr Rodda said: “I cannot fully express my sympathy for what your family has been through.

“On top of that you’ve been through the trial for this awful murder and now you’re doing work with the police to tackle knife crime. That is such a wonderful thing and there are so many people who will benefit from your work.”

The plaque says: “The consequences of carrying a knife can have such a devastating impact on so many lives for so long.

“Our Highdown classmate and beloved friend Trent Whitehouse was tragically killed in 1988. Years on, we still feel the pain. That pain will never go away. So if you’re ever considering a knife, please, please think again.”

Daniel Mander, chairman of Caversham Trents, said: “With the murder of Olly, I thought it would be only proper that Caversham Trents worked with charities involved in youth crime.

“In the forthcoming season, Caversham Trents will be doing what we can to educate and support our members on youth crime and problems. We just want to do what we can to help.”