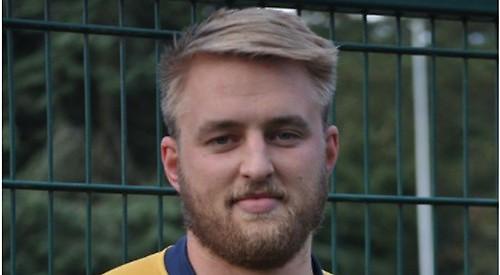 A FUNERAL for a Henley Hawks player who collapsed and died after a game was taking place today (Friday).

David Hyde, who played at lock, was take ill after his side’s National League 2 South match against Old Albanian at Dry Leas on September 4 and died later in hospital.

The 29-year-old from Faringdon left his wife Katherine, who is responsible for the Hawks’ social media, and their young son, Tore.

His funeral was taking place at North Oxfordshire Crematorium in Kidlington to be followed by a “Celebration of Life” event at Henley Rugby Club from 1pm.

Mr Hyde’s family have asked guests to wear something orange as it was his favourite colour. They have requested no flowers but there will be chosen charities available to donate to at the crematorium.

The appeal set up by the club has now raised more than £73,000 to support Mr Hyde’s family.

The Hawks will play their first game since the tragedy against Clifton at Dry Leas tomorrow (Saturday). The postponed home fixture against Hinckley and the away match against Redruth will now take place on November 6 and February 5 respectively.