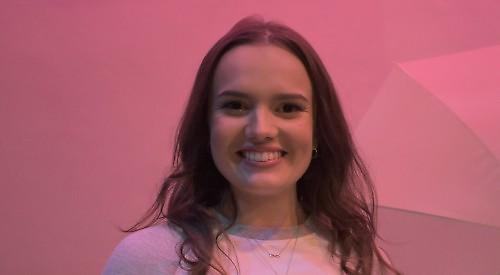 THE cast of this year’s Kenton Theatre pantomime has been unveiled.

Cinderella, which is being produced in partnership with Bear in the Air Productions, will play at the New Street venue from December 11 to 30.

Anna Amelia will play Cinderella, with Daniel Craig-Salmon as Buttons, Eve Kitchingman as the Prince and Christopher Chandler and Josh Norris as the Ugly Sisters.

Writer-director Heather Simpkin used a London casting director to help her select professional performers for the roles from the industry talent directory Spotlight.

She said: “It means we get the best people, basically. Everybody who comes to audition has an agent and they’ve all trained, so we can be sure of getting the highest standard.” Amelia, who graduated from the Royal Conservatoire of Scotland in Glasgow in June, said: “I did a lot of pantos growing up as I was always a juvenile dancer in pantomimes at home in Durham.

“But this is the first time I’ve been in a principal part, so I’m very excited to be on that end of things. I feel very lucky to be able to be part of a show because I know a lot of performers would love the opportunity to be on stage.”

Cinderella’s stepmother is played by Jessica Condon, who previously played Prince Gorgeous in the 2019 Kenton panto Sleeping Beauty. Another member of the cast, Grace Allen, will understudy Cinderella and other roles during the run, which includes up to three performances a day on some dates.

Rehearsals will start next month, with two weeks in a London studio followed by a week in the Kenton itself before the show opens. Cinderella was originally pencilled in for December last year but the producers postponed casting the show due to the coronavirus restrictions.

For more information and book tickets, call the box office on (01491) 525050 or visit www.kentontheatre.co.uk