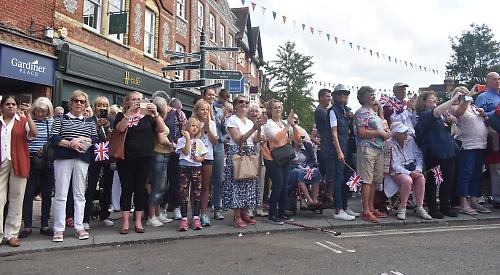 A HENLEY councillor has complained that the parade held to celebrate the returning Olympic and Paralympic athletes featured only rowers.

Donna Crook says the Heroes’ Parade event, which was organised by the town council and Leander Club, should have had people from other sports.

Speaking at meeting of the council’s events sub-committee, she said all the athletes worked “equally hard” but other sports didn’t receive as much funding as rowing.

She said: “Going forward, I would like to see every Olympian in the RG9 area included. I do feel we have left other Olympians out. It is not dissing the rowers, but all Olympians are equally deserving.”

Town clerk Sheridan Jacklin-Edward said that the council had carried out a lot of research to find all Olympians and Paralympians with links to Henley.

He said: “There were two and both were invited. One said ‘no’ and the other did not respond.”

Cllr Crook also criticised the council for spending £2,000 on the event and suggested that in future it should seek sponsorship.

Mayor Sarah Miller responded: “It was a fabulous event and was well put together and everyone had a great day.”

Philippa Ratcliffe, of Experience Henley, added: “I think there was a great return on the investment for Henley itself. I thought it was a fantastic event and more like this please.”

Hundreds of people attended the event, which featured an open-top bus tour.