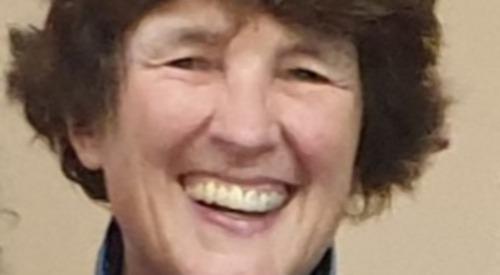 JEREMY TAYLER is not only the rector of Henley but also a keen cyclist.

And he put his hobby to good use when he cycled to 10 local churches in the space of just two hours.

Jeremy was taking part in this year’s Ride and Stride, an annual event in which walkers, cyclists and even horse riders have to travel to as many churches as they can in eight hours in return for sponsoship.

He raised more than £800, which will be split between the Oxfordshire Historic Churches Trust and the churches of his choice, St Mary’s in Henley and St Nicholas in Remenham, where he is rector.

Romey Poston, curate of St Mary’s, also took part in the event on September 11 on a bicycle.

Jeremy started at St Nicholas and then cycled to St Mary’s before visiting the churches in Bix, Rotherfield Greys, Harpsden and Shiplake as well as Christ Church in Reading Road and Holy Trinity Church in Church Street, Henley.

He said: “I didn’t have much time but I thought I would go out and do as much as I could do in the two hours.

“It was just lovely — gorgeous countryside, beautiful churches, there was everything to enjoy. The climb up to Bix makes your body really work but it was enjoyable.

“There was a very nice lady at Harpsden who I had a conversation with and I saw Rev Duncan Carter at Holy Trinity but there wasn’t anyone at Bix or Greys.

“There were people that might have been having a wedding at Shiplake so I didn’t want to bother them.”

This was the second time he has taken part in Ride and Stride, the last time being in 1997.

Jeremy said: “I did it before I went to university as my mother had recently moved to Didcot. I went over to Wallingford as they have a lot of churches.

“I haven’t managed to do it here before because I have always had weddings, so it depends on whether someone really wants to get married on that day. I will try to do more churches next year. If I could do the deanery, which goes to Goring and Woodcote, that would be great.

“I have just walked to Wheatley actually so if I can walk 22 miles I am sure I could do it on two wheels.”

Romey has been taking part in the challenge for several years.

She said: “It’s a great scheme as half of the money goes to the Oxford Historic Churches Trust and they are great at helping churches that have serious problems such as a broken roof and there are lots of beautiful churches that we want to keep looking lovely.”

She cycled for two-and-a-half hours as she visited churches in Henley, Peppard, Nettlebed, Bix, Harpsden and Rotherfield Greys.

“I confess I had to get off on some of the hills — it was an embarrassing effort.

“It was a fun thing to do and a great way of raising funds. It’s one of those things you think, ‘Oh no, do I really want to be doing this?’ but once you get started it’s fine.

“It’s good fun as a lot churches are open and they have people sitting there and you can sign in and have a chat with refreshments.

“It’s a nice way of meeting people and it gives you a chance to stop for a bit and have a glass of water.”

She said she would try to visit the whole deanery next year, adding: “Our congregation has been super supportive and encouraging.”

Romey praised the rector for his efforts.

“Father Jeremy cycles like the wind,” she said. “You often see him whizzing past on his bicycle and he looks terribly young and fit — and he loves it.

“He is thinking of cycling all round the deanery next year but I think I might cheat and walk.”

Parishioner Stephen Nicholls, who sings in the St Mary’s choir and administers the church’s website, also took part in the event by running round the churches.