MP: I want to keep meeting constituents face to face 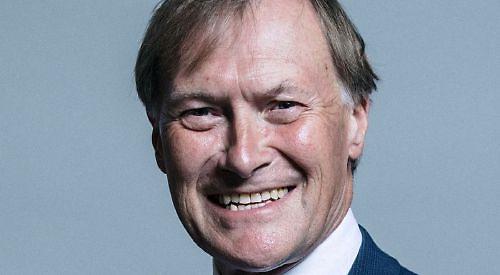 JOHN HOWELL says he wants to continue speaking to his constituents face to face.

The Henley MP was speaking after his Conservative colleague Sir David Amess was stabbed to death by a man during a surgery in his constituency of Southend on Friday.

The tragedy came five years after Labour MP Jo Cox was shot and stabbed to death in Birstall, West Yorkshire.

Mr Howell, who worked with Sir David for about six years, called his death “shocking” but said he was comfortable to continue holding his own surgeries.

He said: “I was actually in the middle of a parish meeting when I heard, so I too was out and about talking to constituents.

“I’m still very comfortable going out and talking to constituents and I will continue to do so.

“Security is being reviewed at the moment by the Commons speaker and the Metropolitan Police and that is linking into individual police forces.

“I think that it’s good that they are taking it seriously but it’s very sad that we have to take it so seriously these days. I don’t want any security put in place that is going to come between me and constituents.”

Mr Howell, who was first elected in 2008, had concerns for his safety in 2012 when he received death threats after an email exchange about the Israeli-Palestinian conflict with one of his constituents was posted on the internet.

Three years later, he received more threatening emails after he voted for air strikes on Islamic State targets in Syria.

Mr Howell said the experience was “unpleasant” but he hadn’t feared for his safety.

“I spoke to the chief constable about that at the time and we made arrangements but the one thing we can’t have is security that interferes with MPs speaking to constituents,” he said.

“It’s not particularly pleasant being told you’re going to be shot but nevertheless that is part of being an MP.

“I think the most important thing that can happen is collective change. We have got to move away from the aggressive hatred that a selection of the population has for MPs of all parties.

“We have all come with the best intentions in the world to legislate for what we see is in the interest of the people. It will create debate but it’s all with sincerity.”

Mr Howell said he had learned a lot from 69-year-old Sir David and enjoyed working with him on the Industry and Parliament Trust, which is an independent charity that aims to provide engagement between Parliament and UK business.

He said: “I worked with David a great deal as we were both members of the trust and I succeeded him as chairman only last year.

“He had a great way of working and I learned a lot from him — not that I follow his style.

“He was a man with a great sense of humour and very kind.

“It is for his family that I feel the greatest sympathy as they’ve lost a great husband and father.”

A 25-year-old man was arrested on suspicion of the murder of Sir David and is being held at a London police station under the Terrorism Act 2000.