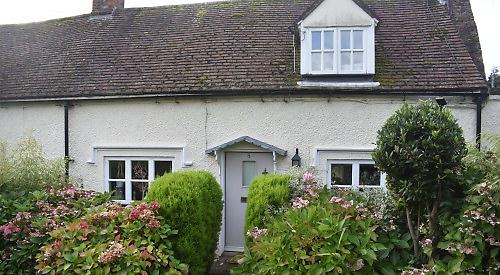 FOUR new affordable homes are to be created by the Henley and District Housing Trust.

The trust has received £450,000 in funding from South Oxfordshire District Council, which will pay for about half of the construction costs.

The money comes from section 106 contributions, which are payments made by developers in return for being granted planning permission for new housing in the district.

Two two-bedroom properties are already being built in Greys Green next to five cottages already in the trust’s ownership and are set to be ready by Christmas.

In addition, a two-bedroom house in Leaver Road, Henley, will be converted into two one-bedroom flats with the use of a small side extension.

All will be occupied by tenants paying a social rent, which is lower than the market rate.

The original cottages were donated by the Brunner family, who lived at Greys Court.

One of the new houses will be named Felix Lodge after Felix Brunner, who was a Liberal Party politician and chairman of Henley Rural District Council from 1954 to 1957. He donated a property to the trust, which was sold to raise funds.

The other new house will be called Phillimore Lodge, after the family which has also helped the trust over the years.

The trust, a non-profit housing provider, already owns 73 properties in Henley and the Greys area which are occupied by tenants paying social rent.

This is calculated using a government formula based on relative property values and relative local earnings. It tends to be about half of the market rate, which is about £600 a month for a two-bedroom property in Henley, and is lower than affordable rent levels, which are 80 per cent of the market rate for an area.

The trust receives about one application a week for housing but has only about two vacancies per year. It currently has 87 applicants.

It receives a lot of applications from single people, which is why it has decided to convert the Leaver Road home into two small flats. Linda Collison, chief executive of the trust, said: “100 years ago a lot of houses were donated.

“More recently we’ve been able to buy a lot of houses but that means taking affordable houses off the market. This is the first time since the Nineties that we’re building our own homes, so it’s really exciting.

“The grant from the district council will speed up the process — if we didn’t get it we would have had to save up.”

John Hives, chairman of trustees, said: “We’re really grateful to the district council — that money pays for one house.

“It’s good that it’s coming from section 106 payments from developers because that’s what that money is for.”

Robin Bennett, cabinet member for economic development and regeneration at the council, said: “It is great news that the council is able to put contributions from developers back into providing truly affordable housing in the Henley area, which desperately needs more homes like these.”

The new homes will be fitted with solar panels to reduce their carbon footprint.

• As of August 31, the district council had 338 households on its register stating Henley as a first preference.