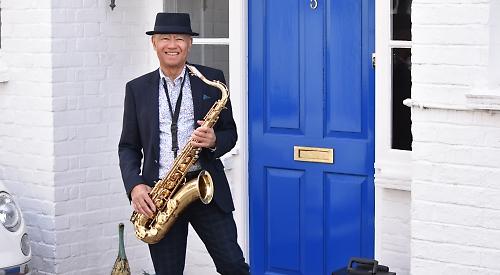 A JAZZ lover who has organised performances at Goring village hall for 21 years has decided to retire.

John Calvert, 79, has arranged the monthly concerts on Friday nights since 1999. The last one was in March last year before the first coronavirus lockdown.

Now he has decided he cannot bring the events back for health reasons. However, he has not yet been able to find someone to replace him.

Mr Calvert started the events with Bill Jackson, 81, another local jazz lover, who has also decided to retire.

Mr Calvert said: “I first met Bill in the pub and we got talking about how we both used to listen to jazz in London.

“This revived our love of jazz and we decided to go on a trip to the old jazz haunts. When we got back we realised we’d spent £400 between us on food, taxis and booze, so we decided that it would be far cheaper to get the musicians to come to Goring to play. We started looking for a venue and found the village hall, which had all the facilities.”

For the first gig, Mr Calvert booked his friend Art Themen, a jazz saxophonist from Henley. He said: “Three hundred people turned up, so that was a great start, and then we started doing it every month.”

Mr Calvert would normally have the audience all around the room, including on the stage, and have the act in the middle to create a better atmosphere.

“It’s hard work,” he said. “You go into the village hall and it’s bare. I had to set up the staging, lighting, chairs and bar.

“And I looked after people — if there were parents with a son who played piano, I’d make sure they got to sit next to the piano player and maybe got to talk to them afterwards to inspire them. We had people who came regularly and always wanted to sit in the same place. People came from all parts of England and used Goring’s pubs, restaurants and hotels.

“I’ve loved jazz since I was quite small. As a child, I shared a room with my older stepbrother and he had records of André Previn, the jazz pianist. When everyone was out of the house I’d get those records out and listen to them, then put them back so no one would know.

“I was looked on as quite different when I was younger. Everyone was always partying and listening to the Beatles, while I was listening to jazz. I never liked rock ’n’ roll or the Beatles.

“I like the improvisation. With jazz you never know what they’re going to do next.”

Mr Calvert spent time living above a jazz club, the Bull’s Head in Barnes. He was a friend of Ronnie Scott and regularly went to his jazz club in London. He was able to use the contacts and friendships he made during this time to book musicians for Goring.

Mr Calvert said: “Since I announced I was retiring, the response has been incredible. The email I sent out has had more than 40 responses with people wishing me well and thanking me for what I have done.

“The most rewarding thing was watching fantastic musicians play to appreciative audiences and sometimes getting a standing ovation. That’s what made me go on all this time.”